A new study led by ANU has investigated the nature of a cosmic phenomenon that slows down star formation, which helps to ensure the universe is a place where life can emerge. 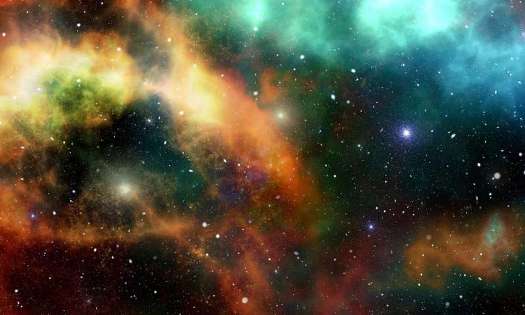 Lead researcher Dr. Roland Crocker from the ANU Research School of Astronomy and Astrophysics said the research team studied a particular way stars provide a counter-pressure to gravity that slows down the star-formation process.

“If star formation happened rapidly, all stars would be bound together in massive clusters, where the intense radiation and supernova explosions would likely sterilise all the planetary systems, preventing the emergence of life,” he said.

“The conditions in these massive star clusters would possibly even prevent planets from forming in the first place.”

The study found that ultraviolet and optical light from young and massive stars spreads out into the gas from which the stars have recently formed and hits cosmic dust, which then scatters infrared light that acts effectively as a kind of pressure that pushes against gravity.

“The phenomenon we studied occurs in galaxies and star clusters where there’s a lot of dusty gas that is forming heaps of stars relatively quickly,” Dr. Crocker said.

“In galaxies forming stars more slowly—such as the Milky Way—other processes are slowing things down. The Milky Way forms two new stars every year, on average.”

Other galaxies in our vicinity and elsewhere in the universe continuously form new stars at a relatively slow and steady rate.

Dr. Crocker said the study’s mathematical findings indicated the phenomenon set an upper limit on how quickly stars can form in a galaxy or giant gas cloud.

“This and other forms of feedback help to keep the universe alive and vibrant,” he said.

“We are investigating other ways stars might feed back into their environment to slow down the overall rate of star formation.”

Professor Mark Krumholz and Dr Dougal Mackey from the ANU Research School of Astronomy and Astrophysics, Professor Todd Thompson from Ohio State University in the United States and Associate Professor Holger Baumgardt at the University of Queensland contributed to the study, which was published in the Monthly Notices of the Royal Astronomical Society.