Haze from the Kilauea volcano eruption in Hawaii blanketed the Marshall Islands 3,700 kilometres (2,300 miles) away on Sunday, as officials warned it would continue moving west. 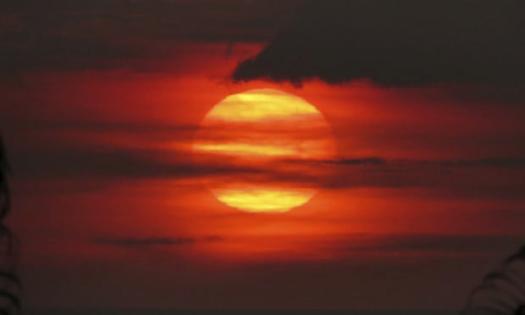 The haze, a phenomenon known as “vog” or volcanic smog, is spreading across Micronesia, the US National Weather Service based in Guam said.

The volcano on Hawaii’s Big Island is now in its fourth week of eruptions.

Meteorologists advised residents on the Marshall Islands with respiratory problems to stay indoors while airlines and shipping companies were warned to be aware of “lower visibilities”.

The Guam weather office said haze produced by Kilauea would spread westward and reach Kosrae, Pohnpei and possibly Chuuk in the Federated States of Micronesia over the next few days.

Kilauea is the world’s most active volcano and one of five on Hawaii’s Big Island.

It started erupting on 3 May, prompting about 2,000 people to flee from their mountainside homes.

Scientists believe the volcanic activity may be a precursor to a major eruption similar to the one that shook the island in the mid-1920s.