A doctoral student at the University of Cambridge has come up with a possible explanation for the westward drift of the Earth’s magnetic field. In his paper published in Proceedings of the Royal Society A, O.P. Bardsley suggests it may be due to Rossby waves generated in the Earth’s core. 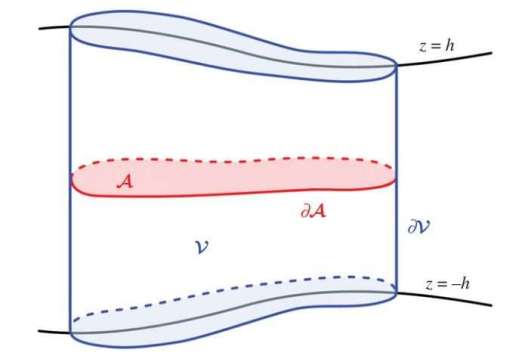 Humans first became aware of the Earth’s magnetic field over 400 years ago, and since that time, have been taking measurements of it. As time passed, it became clear that the field was moving in a westerly direction—and nobody knew why. The actual reason is still not known—Bardsley is proposing a new idea: Somehow, Rossby waves in the Earth’s outer core cause the magnetic drift.

Prior efforts to explain the westward drift have also involved the outer core—one theory suggests that it has a gyre, similar in some respects to the jet stream. If so, it could be dragging the magnetic field as it moves slowly westward. The problem with that theory, Bardsley notes, is that no one has ever found any other evidence of a gyre in the outer core. He suggests Rossby waves make more sense.

Rossby waves are slow and arise when fluids rotate. Because they are generated by most planets, some scientists have taken to calling them planetary waves. Rossby waves on Earth are generated in several places—in the oceans, the atmosphere and the outer core. It is those generated by the fluid in the outer core that Bardsley suggests might be pushing the magnetic field. But there is one major problem: The outer core generates wave crests that move east, not west. Bardsley suggests that this may not be a problem after all—he notes that some ocean waves with crests moving in one direction expend energy in the opposite direction. If that is the case with outer core Rossby waves, he suggests, they could be pushing the magnetic field. He notes that current technology only allows for measuring the energy of the magnetic field in a general sense, not the small details. Much more research is required, he acknowledges, before his theory can be tested, much less proven right or wrong.