A Japanese probe began descending towards an asteroid on Thursday on a mission to blast a crater into its surface and collect material that could shed light on the solar system’s evolution. 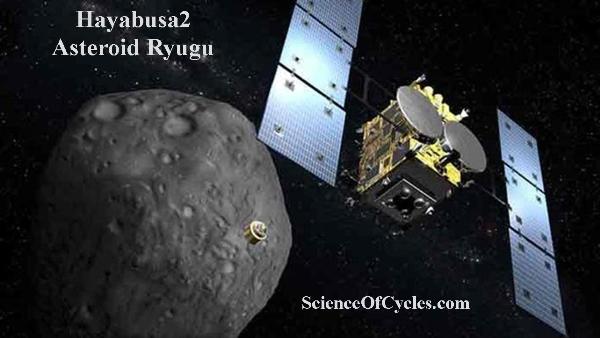 The mission will be the latest in a series of explorations carried out by the Japanese space agency’s Hayabusa2 probe and could reveal more about the origin of life on Earth.

But the task scheduled for Friday will be the riskiest yet of Hayabusa2’s investigations, and involves the release of a device filled with explosives.

The so-called “small carry-on impactor”, a cone-shaped device capped with a copper bottom, will emerge from Hayabusa2 on Friday, after the probe has arrived just 500 meters above the asteroid Ryugu.

The probe will then depart the area, and the impactor is programmed to explode 40 minutes later, propelling the copper bottom towards Ryugu, where it should gouge a crater into the surface of the asteroid that sits 300 million kilometers from Earth.

Hayabusa2 will move away from the area to avoid being damaged by debris from the explosion or the collision with Ryugu.

As it does so it will release a camera slightly above the site of the detonation that should be able to capture images of the event.