Australian scientists believe a super volcano active over 100 million years ago was so powerful it spewed tiny crystals across the breadth of the continent. 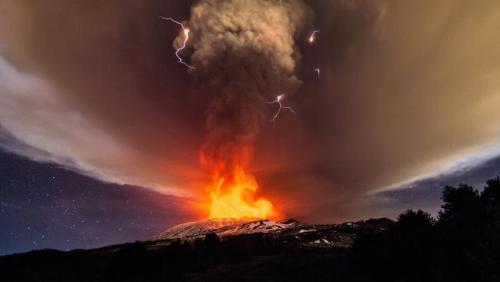 It was not exactly the intended area of inquiry for researchers at Curtin University’s School of Mines but they recently stumbled upon the rather fascinating finding nonetheless.

Dr Milo Barham from the Department of Applied Geology led the study, which originally sought to examine the geology of the Nullarbor Plain in remote southeastern WA in order to study how the southern margin of the country evolved after separating from Antarctica.

However once they made the discovery of zircon crystals unlike any previously found in Western Australia, the research took a slightly new direction.

“It was somewhat fortuitous I suppose,” Dr Barham told news.com.au.

Researchers pulled up a vast amount of core material from the drilling to examine the sediment and study certain fossils. They also took a sample of earth to look at zircon crystal and study their chemistry and age to see what sort of rocks the crystals had been eroded from, Dr Barham recalled.

“And then suddenly there were these crystals that didn’t match any thing we know exists in Western Australia and we looked into it more carefully and we see that the chemistry and age match perfectly for what we’d expect for this volcanic region in eastern Australia.”

Using advanced geochemical fingerprinting of individual crystals as well as in-depth analysis of the sediments and their fossils, scientists were able to determine the crystals were the product of volcanic air fall — despite being 2300km from their original source on the other side of the country.

By looking at the age of the material and aspects of their chemistry “we could tell for definite that it came across from the volcanoes on the east coast”, Dr Barham said.

The findings from the dig point to the occurrence of super-eruptions over 100 million years ago.

According to the researchers at Curtin University, such explosive events would have had magnitudes tens to hundreds of times greater than anything in documented human history.

“Such distal projection of a unique volcanic mineral population demonstrates that super-eruptions were occurring in eastern Australia approximately 106 million years ago, during the breakup of the supercontinent Gondwana,” Dr Barham said.

We know about super eruptions in the more recent past. In the last few tens of thousands of years, or maybe a couple million years, he said.

“But trying to go back further to prove these super eruptions is really difficult because it’s very difficult to prove,” he added, because much of the geology from the time has been eroded away.

But given the use of the sophisticated fingerprinting technology, the team is highly confident about their conclusions.

Dr Barham says the findings, which were published in the journal Geology, shine a light on just how violent and volcanic the region was such a long time ago.

These massive eruptions “were not enough to cause any mass extinctions or anything like that but animals would’ve died as a result,” he said.

“It tells us about how violent the east coast of Australia would’ve been at that time.”