Physicists have described how observations of gravitational waves limit the possible explanations for the formation of black holes outside of our galaxy; either they are spinning more slowly than black holes in our own galaxy or they spin rapidly but are ‘tumbled around’ with spins randomly oriented to their orbit. 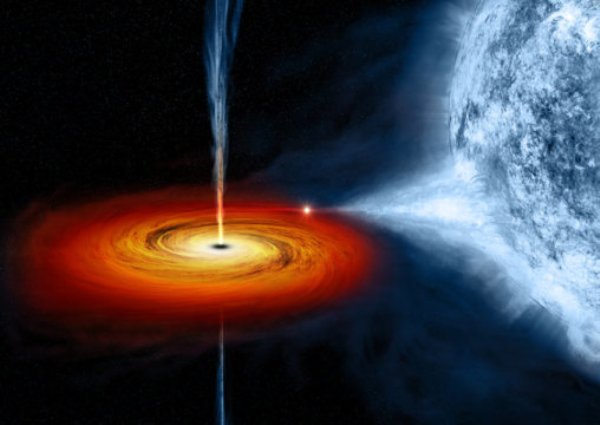 In our own galaxy we have been able to electromagnetically observe black holes orbited by stars and map their behaviour — notably their rapid spinning.

The first possibility is that the black holes are spinning slowly. If that is the case it suggests that something different is happening to the stars that form these black holes than those observed in our galaxy.

The second possibility is that the black holes are spinning rapidly, much like those in our galaxy, but have been ‘tumbled’ during formation and are therefore no longer aligned with orbit. If this is the case, it would mean that the black holes are living in a dense environment — most likely within star clusters. That would make for a considerably more dynamic formation.

Dr Will Farr, from the School of Physics and Astronomy at the University of Birmingham, explained, “By presenting these two explanations for the observed behaviour, and ruling out other scenarios, we are providing those who study and try to explain the formation of black holes a target to hit. In our field, knowing the question to ask is almost as important as getting the answer itself.”

Professor Ilya Mandel, also from the University of Birmingham, added “We will know which explanation is right within the next few years. This is something that has only been made possible by the LIGO detections of gravitational waves in the last couple of years. This field is in its infancy; I’m confident that in the near future we will look back on these first few detections and rudimentary models with nostalgia and a much better understanding of how these exotic binary systems form.”