This year marks the 20th anniversary of two landmark missions: the Chandra X-ray Observatory, one of NASA’s Great Observatories, which launched July 23, 1999, and the X-ray Multi-Mirror mission (XMM-Newton), which launched a few months later on December 10th. Together, these satellites revolutionized X-ray astronomy, bringing it on par with astronomy at other wavelengths. We celebrate the history of X-ray astronomy in the August 2019 issue; here, we mark seven discoveries heralded by these two missions.

The Anatomy of a Supernova 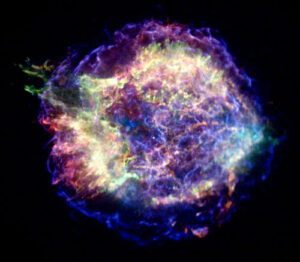 To astronomers’ surprise, Chandra’s image of Cassiopeia A, the bloom of gas left over after a massive star went supernova some 340 years ago, revealed a star turned inside out. While massive stars fuse the heaviest elements in their cores and lighter elements in surrounding, onion-like layers, the Cas A explosion had flung clumps of iron to the outermost regions. The find suggests the star’s contents mixed together right before or after its core collapsed (or both). 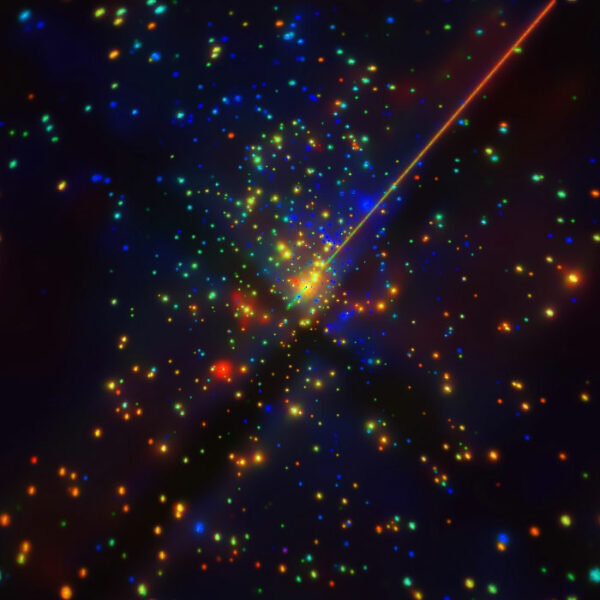 XMM-Newton surveyed low-mass stars forming in the Taurus Molecular Cloud while Chandra examined massive stars coming together in the Orion Nebula. Most of the X-rays in these images, including the Chandra Ultra-deep Orion Project pictured above, come from young stars. In some cases interacting stellar winds from massive young stars produce the X-rays. The surveys have given astronomers a wealth of data on the newborn stars’ magnetic fields.

With Chandra and XMM-Newton, astronomers could for the first time estimate black hole spin. By measuring how a black hole’s strong gravity smears the emissions from iron ions, astronomers can see how close the gas comes to the event horizon — the closer it comes, the faster the black hole is spinning. Astronomers have used this and other X-ray-based methods to gauge the spins of dozens of black holes. 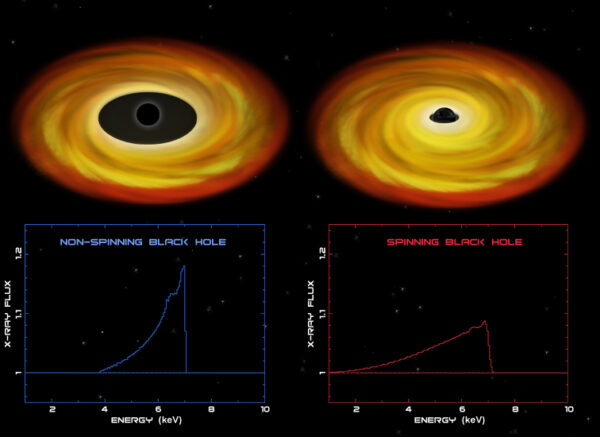 Monitoring by Chandra and XMM-Newton has also shed light on the slumbering beast at the center of the Milky Way known as Sgr A*. While Sgr A* doesn’t seem to be devouring gas in the manner of the supermassive black holes that power distant quasars, it’s doing something that sets off roughly daily X-ray flares. Sometimes they’re accompanied by infrared sizzles, but other times the X-rays pop on their own. The flares may originate in snapping magnetic fields, the occasional ingestion of an asteroid, or something else entirely — the jury’s still out. 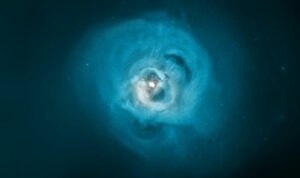 The combination of X-ray and radio observations of galaxy clusters solved a long-term mystery: The hot gas between galaxies in clusters ought to cool over time, raining down on the clusters’ central galaxies and forming stars by the handful. But in many clusters astronomers haven’t found the expected stellar newborns. Turns out radio-emitting jets from the central galaxies’ supermassive black holes blow bubbles into the surrounding X-ray-emitting gas, sending out pressure waves that pump heat back into the surrounding medium, which prevents it from cooling. Astronomers soon realized that this concept of “black hole feedback” might affect everything from galaxy evolution to cosmology. 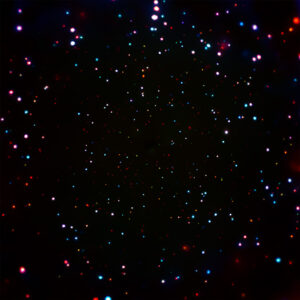 From the launch of the Aerobee rocket in 1962, astronomers had known that the X-ray sky wasn’t dark, instead teeming with high-energy photons. The Einstein Observatory showed that supermassive black holes, too far away or faint to be seen individually, could explain this background. But it was Chandra that sharpened the view, resolving almost all of the background into its individual sources. Data from Chandra and XMM-Newton suggest that most of the sources that remain undetected are shrouded in gas and dust. 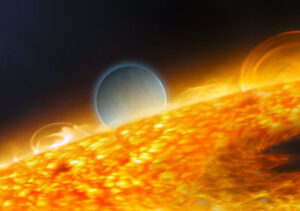 X-ray observations have provided direct evidence of star-planet interactions, such as when XMM-Newton caught flares from the HD 17156 system that appeared whenever the hot Jupiter came closest to its star. X-ray data also temper ideas of habitability: XMM-Newton observations revealed that high-energy radiation irradiates the three Earth-size planets in Trappist-1’s so-called habitable zone and has probably long ago stripped them of their atmospheres. Likewise, observations showed that Proxima Centauri b receives 250 times more X-rays from its star than Earth does from the Sun; its habitability, too, is uncertain.

Galaxy clusters have proven key to testing dark matter and understanding dark energy. X-ray observations first revealed the wildly hot gas within clusters — gas that would have drifted away if it weren’t for the cluster’s dark matter, which gravitationally holds it in place. Then, astronomers observed clusters dating back to when the universe was less than half its current age, estimating the growth of these huge structures over cosmic time. The result: solid evidence for the existence of dark energy and a unique way to gauge its density and equation of state. 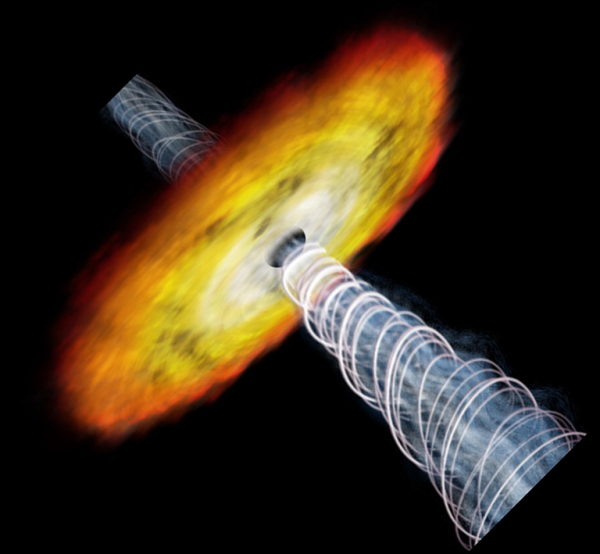