A team of researchers, including one from the University of California, Riverside, has discovered that earthquake ruptures can jump much further than previously thought, a finding that could have severe implications on the Los Angeles area and other regions in the world. 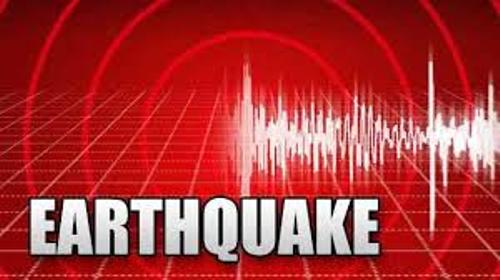 The scientists found that an earthquake that initiates on one thrust fault can spread 10 times farther than previously thought to a second nearby thrust fault, vastly expanding the possible range of “earthquake doublets,” or double earthquakes.

That could mean in areas such as Los Angeles, where there are multiple thrust faults close to each other, an earthquake from one thrust fault could spread to another fault, creating twice as much devastation.

One potential bad scenario involves a single earthquake spreading between the Puente Hills thrust fault, which runs under downtown Los Angeles, and the Sierra Madre thrust fault, located close to Pasadena, said Gareth Funning, an associate professor of earth sciences at UC Riverside, and a co-author of a paper published online today (Feb. 8, 2016) about the research in the journal Nature Geoscience.

Other susceptible areas where there are multiple thrust faults are in close proximity include the Ventura, Calif. area, the Middle East, particularly Tehran, Iran, and the front of the Himalayas, in countries such as Afghanistan, Pakistan, India and Nepal.

The researchers studied a 1997 earthquake in Pakistan, originally reported as a magnitude 7.1 event, showing that it was in fact composed of two ‘subevents’—a magnitude 7.0 earthquake, that was followed 19 seconds later by a magnitude 6.8 event, located 50 kilometers (30 miles) to the southeast.

Funning considers the two earthquakes as subevents of one ‘mainshock,’ as opposed to the second earthquake being an aftershock, because they happened so close together in time and were so similar in size. There were many aftershocks in the following minutes and hours, but most of them were much smaller.

The scientists used satellite radar images, precise earthquake locations, modeling and back projection of seismic radiation to prove the seismic waves from the first subevent caused the second to initiate, effectively ‘jumping’ the 50 kilometer distance between the two. Scientists previously thought an earthquake could only leap up to five kilometers.

The finding has implications for seismic hazard forecasts developed by the United States Geological Survey. The current forecast model does not include the possibility of a similar double earthquake on the thrust faults in the Los Angeles area.

“This is another thing to worry about,” Funning said. “The probability of this happening in Los Angeles is probably pretty low, but it doesn’t mean it can’t happen.”
Funning started work on the paper about 12 years ago as a graduate student at the University of Oxford. He was the first to find the satellite data for the earthquakes in Pakistan, which occurred in a largely unpopulated area, and notice they occurred close together in space and time.

After dropping the work for several years, he, along with lead author Ed Nissen of the Colorado School of Mines, picked it up about three to four years ago, in part because of the possible implications for the Los Angeles area, which has a similar plate boundary, with similar faults, similar distances apart as the region in Pakistan where the 1997 earthquake doublet occurred.

Thrust faults happen when one layer of rock is pushed up over another, often older, layer of rock by compressional forces. Thrust faults came to the attention of Californians after the 1994 Northridge earthquake, about 20 miles northwest of Los Angeles, which occurred on a thrust fault.

Thrust faults are not as well understood by scientists as strike-slip faults, such as the San Andreas, in part because they are not as visible in the landscape, and do not preserve evidence for past earthquakes as well.