Guatemala’s most violent volcanic eruption in more than a century has killed at least 25 people. 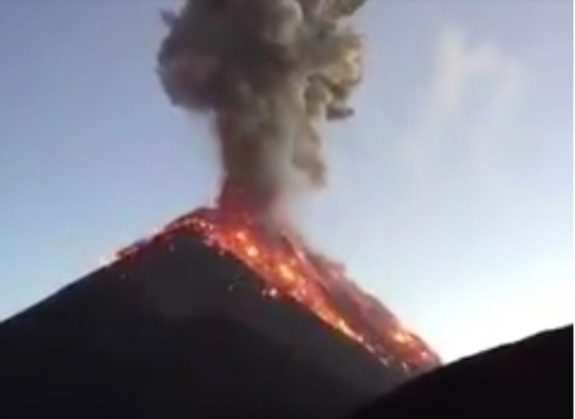 Another 46 people are missing, the country’s disaster agency says. Villages on the slopes of Fuego volcano were buried in volcanic ash, mud and rocks as the volcano erupted for 16 and a half hours on Sunday.

Pyroclastic flows, which are fast-moving mixtures of very hot gas and volcanic matter, rushed down the mountainside and engulfed villages.

The official death toll is 25 but volunteer firefighters say they have found another five bodies, according to local media.

A powerful earthquake has also hit the Guatemalan coast, though there are no reports of damage so far. 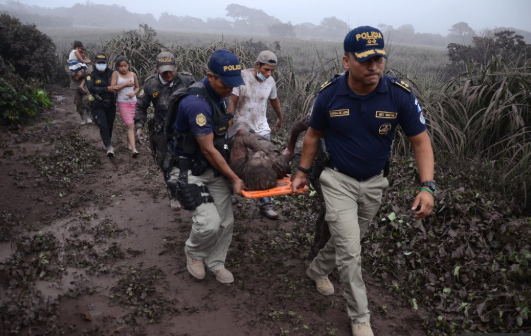 What has happened?
Fuego, about 40km (25 miles) south-west of the capital Guatemala City, spewed rock, gas and ash into the sky. Fast-moving flows hit villages, killing people inside their homes.

Sergio Cabañas, head of the country’s National Disaster Management Agency (Conred), said the town of El Rodeo had been “buried”.

Other towns affected include Alotenango and San Miguel Los Lotes. Rescuers are still trying to reach a number of villages and the death toll is expected to rise.

Temporary shelters have been set up for about 3,000 residents who have been evacuated. Efrain Gonzalez, who fled El Rodeo with his  wife and one-year-old daughter, said he had had to leave behind his two older children, aged four and ten, trapped in the family home.

Local resident Ricardo Reyes was forced to abandon his home: “The only thing we could do was run with my family and we left our possessions in the house. Now that all the danger has passed, I came to see how our house was – everything is a disaster.”

A total of about 1.7 million people have been affected in four regions. The country’s main airport has now reopened. Officials have advised people to wear masks as protection against falling ash.

How exceptional was the eruption?
Fuego is one of Latin America’s most active volcanoes. A major eruption devastated nearby farms in 1974, but no deaths were recorded.

Another eruption in February this year sent ash 1.7km (1.1 mile) into the sky. Sunday’s event was on a much greater scale.

This eruption is Guatemala’s deadliest such event since 1902, when an eruption of the Santa Maria volcano killed thousands of people.

Guatemala’s national institute of volcanology, Insivumeh, told people to keep away from the affected ravines as there is a possibility of “a reactivation”.

The institute also warned of the possibility of lahars – when water mixes with volcanic deposits forming a destructive debris flow – which could affect villages and hamlets to the south, south-west and south-east.