Researchers at Harvard University, with an assist from Google, said they developed an artificial intelligence system capable of forecasting aftershocks from earthquakes. 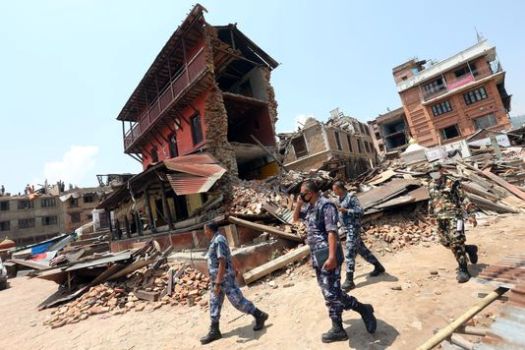 The team used algorithms to analyze a database of earthquakes worldwide to predict where aftershocks might happen. Results showed the AI offered a significantly better system for predicting where an aftershock might happen.

“Aftershock forecasting in particular is a challenge that’s well-suited to machine learning because there are so many physical phenomena that could influence aftershock behavior and machine learning is extremely good at teasing out those relationships,” Phoebe DeVries, a post-doctoral fellow at Harvard University and co-author on the study, said in a statement.

Details on the AI system were published in the journal Nature.

Researchers say since the AI was trained using earthquake data from around the world, it can potentially predict aftershocks across different types of faults.

However, Brendan Meade, a professor of earth and planetary sciences at Harvard and a co-author on the study, said experts are still “a very long way” from any real-time aftershock forecasting.

Meade said he is also working on efforts to predict earthquake magnitude with AI to help limit the impacts of earthquakes.

“I think there’s a quiet revolution in thinking about earthquake prediction,” Meade said in a statement. “It’s not an idea that’s totally out there anymore. And while this result is interesting, I think this is part of a revolution in general about rebuilding all of science in the artificial intelligence era.”