The Moon formed between about 4.4 and 4.5 billion years ago when an object collided with the still-forming proto-Earth. This impact created a hot and partially vaporized disk of material that rotated around the baby planet, eventually cooling and accreting into the Moon. 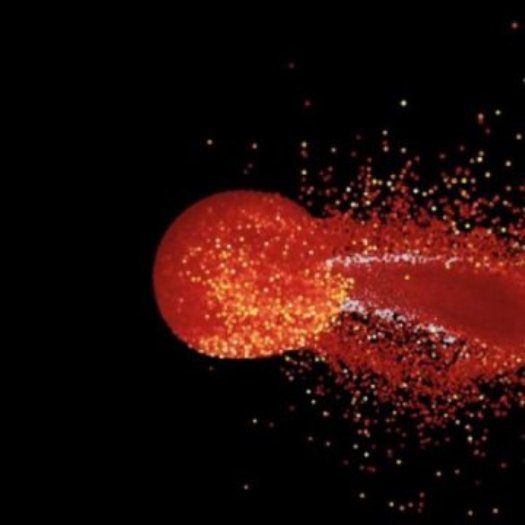 For years, scientists thought that in the aftermath of the collision hydrogen dissociated from water molecules and it and other elements that have low boiling temperatures, so-called “volatile elements,” escaped from the disk and were lost to space. This would lead to a dry and volatile element-depleted Moon, which seemed to be consistent with previous analyses of lunar samples.

But ongoing research about the Moon’s chemistry is revealing that it may be wetter than initially thought, which raises questions about some aspects of this origin story.

“This is still very much an area of active research, so there is much that scientists, including our Department of Terrestrial Magnetism staff scientist Erik Hauri, as well as many other Carnegie colleagues and alumni, are figuring out about how much water exists in the Moon. This is a highly important and challenging question to answer given that we have limited knowledge on the history and distribution of lunar water,” explained Carnegie’s Miki Nakajima who, together with Caltech’s Dave Stevenson, set out to determine whether prevailing Moon-formation theories needed to be adjusted to account for the more recent higher estimates of lunar water content.

The work is published by Earth and Planetary Science Letters.

They created detailed models to determine whether existing theories about the Moon-forming collision could explain a wet Moon that’s still depleted in other volatile elements like potassium and sodium.

They modeled different temperature conditions and water abundances of the Moon-forming disk. At higher temperatures, their disk was dominated by silicate vapor, which came from evaporation of the mantles of both the proto-Earth and the impactor, with a relatively small abundance of hydrogen dissociated from water. At lower temperatures, their disk was dominated by water, from which hydrogen did not disassociate under this temperature range, making its escape mechanism very inefficient.

“The good news is that our models show that observations of a wet Moon are not incompatible with a giant impact origin,” Nakajima explained.

However, it also means that scientists need to come up with other explanations for why the Moon is depleted of potassium, sodium, and other volatile elements. Other possibilities exist, such as the volatile elements in the disk falling onto Earth rather than escaping or being part of the Moon’s formation. Or potentially they were part of the Moon when it first accreted from the post-collision disk but were later lost.