When the ancestors of modern humans migrated out of Africa, they passed through the Middle East and Turkey before heading deeper into Asia and Europe. 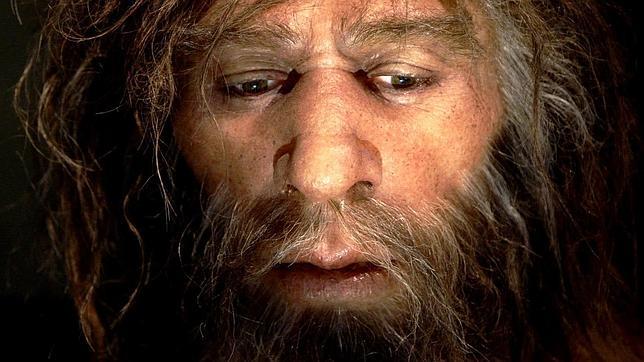 Here, at this important crossroads, it’s thought that they encountered and had sexual rendezvous with a different hominid species: the Neanderthals. Genomic evidence shows that this ancient interbreeding occurred, and Western Asia is the most likely spot where it happened.

A new study explores the legacy of these interspecies trysts, with a focus on Western Asia, where the first relations may have occurred. The research, published on Oct. 13 in Genome Biology and Evolution, analyzes the genetic material of people living in the region today, identifying DNA sequences inherited from Neanderthals.

“As far as human history goes, this area was the stepping stone for the peopling of all of Eurasia,” says Omer Gokcumen, PhD, an assistant professor of biological sciences in the University at Buffalo College of Arts and Sciences. “This is where humans first settled when they left Africa. It may be where they first met Neanderthals. From the standpoint of genetics, it’s a very interesting region.”

The study focused on Western Asia. As part of the project, scientists analyzed 16 genomes belonging to people of Turkish descent.

“Within these genomes, the areas where we see relatively common Neanderthal introgression are in genes related to metabolism and immune system responses,” says Recep Ozgur Taskent, the study’s first author and a UB PhD candidate in biological sciences. “Broadly speaking, these are functions that can have an impact on health.”

For example, one DNA sequence that originated from Neanderthals includes a genetic variant linked to celiac disease. Another includes a variant tied to a lowered risk for malaria.

The bottom line? The relations that our ancestors had with Neanderthals tens of thousands of years ago may continue to exert an influence on our well-being today, Gokcumen says.

In addition to exploring the specific functions of genetic material that the Turkish population inherited from Neanderthals, the study also examined the Neanderthals’ influence on human populations in Western Asia more broadly.

The region is thought to be where modern humans first interbred with their Neanderthal kin. And yet, research has shown that people living in this area today have relatively little Neanderthal DNA compared to people in other parts of the world.

The new study supports this finding. The research team analyzed genomic data from dozens of Western Asian individuals, and observed that, on average, with a few exceptions, these populations carry less Neanderthal DNA than Europeans, Central Asians and East Asians.

The differences in Neanderthal ancestry between Western Asian and other populations may be due to the region’s unique position in human history, Taskent says.

Tens of thousands of years ago, when modern humans first left Africa to populate the rest of the world, Western Asia was the first stopping point — the only land-based route for accessing the rest of Eurasia.

People who live in Europe, Central Asia and East Asia today may be descended from human populations that treated Western Asia as a waystation: These human populations lived there temporarily, mating with the region’s Neanderthals before moving on to other destinations.

In contrast, the ancestors of present-day Western Asians had a deeper connection to the region: They settled in Western Asia instead of just passing through. These ancient humans had contact with Neanderthals, too, but two factors may have diluted the Neanderthals’ influence.

The first was a constant influx of genetic material from ancient Africans, who had no Neanderthal DNA and who continued to pass through Western Asia for thousands of years as human societies grew in Europe and Asia. The second was the hypothesized presence of a “basal Eurasian” population — a population of Western Asians that never interbred with Neanderthals.

“Both of these factors may have helped to limit the amount of Neanderthal DNA that was retained by human populations in the region,” Taskent says.