The U.S. Geological Survey says a lake of lava has come into view atop Hawaii’s Kilauea volcano, and a burst of seismic activity has shaken the summit in recent days. 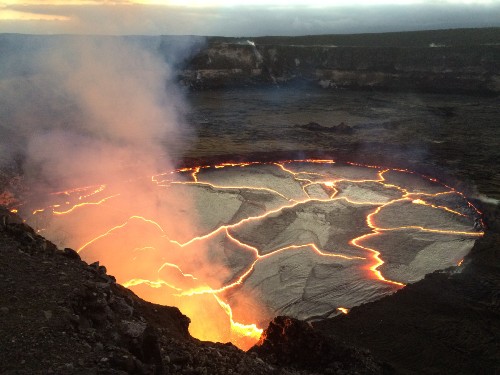 It’s the first time the lava lake has been visible since May 2015. It deflated Saturday, but it was expected to inflate again Sunday.
At least one earthquake was felt along with several smaller events, according to the Geological Survey.

Kilauea is one of the world’s most active volcanoes. A current lava flow into the Pacific Ocean has drawn thousands of visitors from around the world to Hawaii Volcanoes National Park.