Physicists in the College of Arts and Sciences at Syracuse University have confirmed that matter and antimatter decay differently for elementary particles containing charmed quarks. 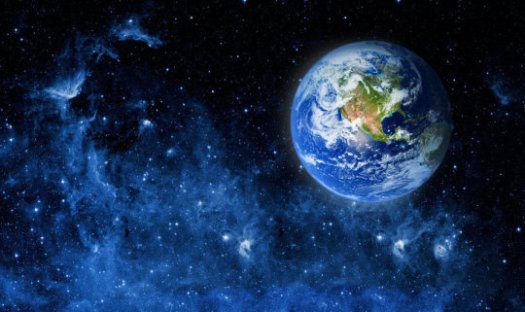 Distinguished Professor Sheldon Stone says the findings are a first, although matter-antimatter asymmetry has been observed before in particles with strange quarks or beauty quarks.

He and members of the College’s High-Energy Physics (HEP) research group have measured, for the first time and with 99.999-percent certainty, a difference in the way D0 mesons and anti-D0 mesons transform into more stable byproducts.

Mesons are subatomic particles composed of one quark and one antiquark, bound together by strong interactions.

“There have been many attempts to measure matter-antimatter asymmetry, but, until now, no one has succeeded,” says Stone, who collaborates on the Large Hadron Collider beauty (LHCb) experiment at the CERN laboratory in Geneva, Switzerland. “It’s a milestone in antimatter research.”

The findings may also indicate new physics beyond the Standard Model, which describes how fundamental particles interact with one another. “Till then, we need to await theoretical attempts to explain the observation in less esoteric means,” he adds.

Every particle of matter has a corresponding antiparticle, identical in every way, but with an opposite charge. Precision studies of hydrogen and antihydrogen atoms, for example, reveal similarities to beyond the billionth decimal place.

When matter and antimatter particles come into contact, they annihilate each other in a burst of energy — similar to what happened in the Big Bang, some 14 billion years ago.

“That’s why there is so little naturally occurring antimatter in the Universe around us,” says Stone, a Fellow of the American Physical Society, which has awarded him this year’s W.K.H. Panofsky Prize in Experimental Particle Physics.

Thus, Stone and his LHCb colleagues have been searching for subtle differences in matter and antimatter to understand why matter is so prevalent.

The answer may lie at CERN, where scientists create antimatter by smashing protons together in the Large Hadron Collider (LHC), the world’s biggest, most powerful particular accelerator. The more energy the LHC produces, the more massive are the particles — and antiparticles — formed during collision.

It is in the debris of these collisions that scientists such as Ivan Polyakov, a postdoc in Syracuse’s HEP group, hunt for particle ingredients.

“We don’t see antimatter in our world, so we have to artificially produce it,” he says. “The data from these collisions enables us to map the decay and transformation of unstable particles into more stable byproducts.”

HEP is renowned for its pioneering research into quarks — elementary particles that are the building blocks of matter. There are six types, or flavors, of quarks, but scientists usually talk about them in pairs: up/down, charm/strange and top/bottom. Each pair has a corresponding mass and fractional electronic charge.

In addition to the beauty quark (the “b” in “LHCb”), HEP is interested in the charmed quark. Despite its relatively high mass, a charmed quark lives a fleeting existence before decaying into something more stable.

Recently, HEP studied two versions of the same particle. One version contained a charmed quark and an antimatter version of an up quark, called the anti-up quark. The other version had an anti-charm quark and an up quark.

Using LHC data, they identified both versions of the particle, well into the tens of millions, and counted the number of times each particle decayed into new byproducts.

“The ratio of the two possible outcomes should have been identical for both sets of particles, but we found that the ratios differed by about a tenth of a percent,” Stone says. “This proves that charmed matter and antimatter particles are not totally interchangeable.”

Adds Polyakov, “Particles might look the same on the outside, but they behave differently on the inside. That is the puzzle of antimatter.”

The idea that matter and antimatter behaves differently is not new. Previous studies of particles with strange quarks and bottom quarks have confirmed as such.

What makes this study unique, Stone concludes, is that it is the first time anyone has witnessed particles with charmed quarks being asymmetrical: “It’s one for the history books.”

HEP’s work is supported by the National Science Foundation.