NASA’s Terra satellite captured a visible-light image of Tropical Storm Noru after it formed far to the east of Japan in the Northwestern Pacific Ocean. 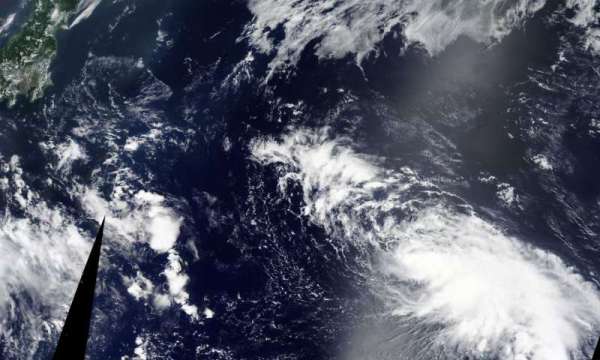 On July 21 at 1:30 p.m. EDT, the Moderate Resolution Imaging Spectroradiometer or MODIS instrument aboard NASA’s Terra satellite captured a visible light image of Tropical Storm Noru. Tropical Storm Kulap lies to Noru’s west, and Tropical Depression 08W is in the South China Sea and lies to the east of Noru.

Noru had maximum sustained winds near 40 mph (35 knots/62 kph). Noru was moving toward the west near 8 mph (7 knots/12.9 kph). The system is expected to move west, then become quasi-stationary over the next couple of days.