After an earthquake, there is a disturbance in the field of gravity almost instantaneously. This could be recorded before the seismic waves that seismologists usually analyze. In a study published in Science on December 1, 2017, a team formed of researchers from CNRS, IPGP, the Université Paris Diderot and Caltech has managed to observe these weak signals related to gravity and to understand where they come from. Because they are sensitive to the magnitude of earthquakes, these signals may play an important role in the early identification of the occurrence of a major earthquake. 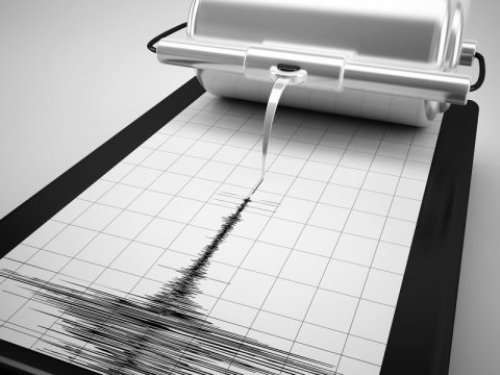 This work came out of the interaction between seismologists who wanted to better understand earthquakes and physicists who were developing fine gravity measurements with a view to detecting gravitational waves. Earthquakes change the equilibrium of forces on Earth brutally and emit seismic waves whose consequences may be devastating. But these same waves also disturb Earth’s field of gravity, which emits a different signal. This is particularly interesting with a view to fast quantification of tremors because it moves at the speed of light, unlike tremor waves, which propagate at speeds between 3 and 10 km/s. So seismometers at a station located 1000 km from the epicenter may potentially detect this signal more than two minutes before the seismic waves arrive.

The work presented here, which follows on a 2016 study which demonstrated this signal for the first time, greatly increases its understanding. First, the scientists did indeed observe these signals on the data from about ten seismometers located between 500 and 3000 km from the epicenter of the 2011 Japanese earthquake (magnitude 9.1). From their observations, the researchers then demonstrated that these signals were due to two effects. The first is the gravity change that occurs at the location of the seismometer, which changes the equilibrium position of the instrument’s mass. The second effect, which is indirect, is due to the gravity change everywhere on Earth, which disturbs the equilibrium of the forces and produces new seismic waves that will reach the seismometer.

Taking account of these two effects, the researchers have shown that this gravity-related signal is very sensitive to the earthquake’s magnitude, which makes it a good candidate for rapidly quantifying the magnitude of strong earthquakes. The future challenge is to manage to exploit this signal for magnitudes below about 8 to 8.5, because below this threshold, the signal is too weak relative to the seismic noise emitted naturally by Earth, and dissociating it from this noise is complicated. So several technologies, including some inspired from instruments developed to detect gravitational waves, are being envisaged to take a new step forward in detection of these precious signals.