Based on a new study, space scientists at the University of Reading are predicting we are witness to the beginning of a longer-term solar cycle, which will exceed the better-known 11 year and 22 year cycles. Each cycle consist of a ‘solar minimum’ and ‘solar maximum’ measured by the number of sunspots during these periods – and the waxing and waning of charged particles produced by solar flares, coronal mass ejections, coronal holes, and charged filaments. 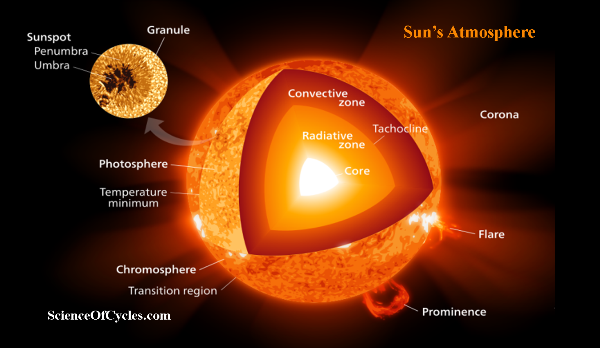 This research is produced by Dr Mathew Owens, from the University of Reading’s Meteorology department, and Co-author Professor Mike Lockwood FRS, University of Reading. Their paper was published in the journal ‘Scientific Reports’. “The magnetic activity of the Sun ebbs and flows in predictable cycles, but there is also evidence that it is due to plummet, possibly by the largest amount for 300 years”; said Owens. 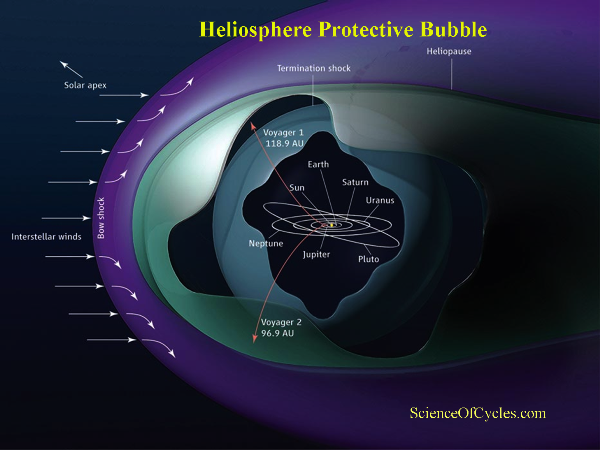 As the Sun becomes less active, sunspots and coronal ejections will become less frequent. As this trend continues over time, the escalating reduction in solar wind has a direct causal effect on the layers of the Sun’s atmosphere. The most significant effect will be on the ‘heliosphere’ – which like Earth’s magnetic field, shields the Earth dangerous charged particles and radiation.

**I am working on the completion of this study – hope to have it published tomorrow. STAY TUNED…..