Damage is widespread from severe storms, large hail and tornadoes that raked across Alabama on Monday. 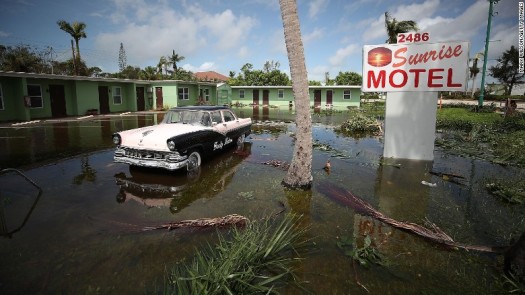 And at least nine tornado touchdowns have been confirmed as of Tuesday — including an EF-3 twister that did considerable damage in Jacksonville. More confirmations are likely over the next few days.

The National Weather Service offices in both Huntsville and Birmingham sent out multiple storm survey teams on Tuesday to look at the damage and determine if tornadoes caused it — and how strong those tornadoes were.

The Ardmore storm in Limestone County has been given a preliminary rating of EF-2, the weather service said. A preliminary EF-1 rating has been assigned to the storms in Russellville, Madison and Cedar Creek Lake.

The weather service said that storm cycled and produced three tornadoes from Asheville to Southside to Jacksonville.

The survey team is still assessing that storm’s track, which crossed over into Georgia. Because of its length, the survey won’t be wrapped up today, the weather service said.

Surveyors will also look at what could be another track south of the city.

Survey teams have also found another area to take a look at in Cherokee County, the weather service said.

The weather service was flooded with reports of hail and wind damage during the afternoon and evening hours on Monday.

Several tornadoes have also been reported, and the survey teams will continue to determine when and where touchdowns occurred and how strong those storms were.

The weather service said it’s likely the surveys will take more than one day to complete. Updates will be issued on the teams’ progress.

How big was the hail?

Early indications are that there was considerable hail damage across parts of Alabama on Monday. Several residents will have to use the service of hail damage roofers once this weather has passed, due to the hail’s intensity. The hail has significantly damaged some homes and homeowners should check their roofs as soon as it’s safe to.

Large hail was reported in many areas in north and eastern Alabama.

Possibly the largest was hailstones the size of baseballs reported by a storm chaser in the Cullman area.