A geologic event known as diking can cause strong earthquakes—with a magnitude between 6 and 7, according to an international research team. 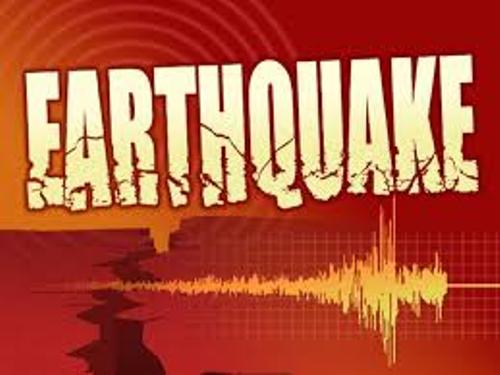 Diking can occur all over the world but most often occurs in areas where the Earth’s tectonic plates are moving apart, such as Iceland, Hawaii and parts of Africa in the East African Rift System. As plates spread apart, magma from beneath the Earth’s surface rises into the space, forming vertical magma intrusions, known as dikes. The dike pushes on the surrounding rocks, creating strain.

“Diking is a known phenomenon, but it has not been observed by geophysical techniques often,” said Christelle Wauthier, assistant professor of geosciences, Penn State who led the study. “We know it’s linked with rift opening and it has implications on plate tectonics. Here, we see that it also could pose hazards to nearby communities.”
The team investigated ties between two natural disasters from 2002 in the Democratic Republic of the Congo, East African Rift System. On Jan. 17, the Nyiragongo volcano erupted, killing more than 100 people and leaving more than 100,000 people homeless. Eight months later a magnitude 6.2 earthquake struck the town of Kalehe, which is 12 miles from the Nyiragongo volcano. Several people died during the Oct. 24 earthquake, and Kalehe was inundated with water from nearby Lake Kivu.

“The Kalehe earthquake was the largest recorded in the Lake Kivu area, and we wanted to find out whether it was coincidence that, eight months before the earthquake, Nyiragongo erupted,” said Wauthier.

The researchers used a remote sensing technique, Interferometric Synthetic Aperture Radar, to measure changes to the Earth’s surface before and after both natural disasters.

“This technique produces ground surface deformation maps. Then, you can invert those deformation maps to find a source that could explain the observed deformation. For the deformation observed in January 2002, we found that the most likely explanation, or best-fitting model, was a 12-mile diking intrusion in between Nyiragongo and Kalehe,” said Wauthier.

The researchers used the same technique for the October 2002 magnitude 6.2 earthquake, analyzing seismicity in addition to ground-deformation changes. They found that there was a fault on the border of the East African Rift System that slipped, triggering the earthquake.

“We were able to identify the type of fault that slipped, and we also had the best-fitting model for the dike intrusion,” said Wauthier. “Knowing both of those, we performed a Coulomb stress-change analysis and found that the January 2002 dike could have induced the October 2002 earthquake.”

Coulomb stress-change analysis is a modeling technique that calculates the stress changes induced by a deformation source at potential receiver faults throughout a region. If the Coulomb stress changes are positive, it means that the source is bringing the receiver fault closer to failure—closer to slipping and generating an earthquake. This type of analysis is regularly applied to assess whether an earthquake in one region could trigger a secondary earthquake nearby.

The researchers hypothesized that the dike opening pushed outward against the adjacent rocks. These rocks became strained and passed stress to rocks adjacent to them, accumulating stress on rocks on a fault in the Kalehe area. The dike brought this fault closer to failure and, eight months later, a small stress perturbation could have triggered the start of the magnitude 6.2 earthquake.

“We’ve known that every time magma flows through the Earth’s crust, you create stress and generate seismicity,” said Wauthier. “But these are normally very low magnitude earthquakes. This study suggests that a diking event has the potential to lead to a large earthquake,” said Wauthier.

The researchers report their findings in the current issue of Geochemistry, Geophysics, Geosystems.