The discovery of living bacteria embedded in salt deposited in super-saturated and acidic hot water inside an Ethiopian volcano offers a viable analogue for possible life on Mars, researchers suggest. 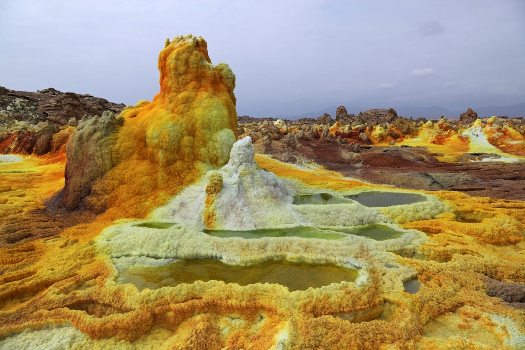 The bacteria – spherical, ultra-small members of the order Nanohaloarchaeles – were found buried near a hydro-thermal vent inside the crater of the still-active Dallol volcano in Ethiopia, by researchers led by Felipe Gómez from Spanish Astrobiology Centre in Torrejón de Ardoz, Spain.

It is also thought to be rather similar to conditions that existed early in the life of Mars, when it was geologically more active: notably in the Gusev Crater, where NASA’s Spirit Mars Exploration Rover landed. It was a comparison that Gómez and colleagues made recently, in a paper published in the journal Astrobiology.

“The Dallol area represents an excellent Mars analogue environment given that the active volcanic environment, the associated diffuse hydrothermalism and hydrothermal alteration, and the vast acidic sulfate deposits are reminiscent of past hydrothermal activity on Mars,” they conclude.

The latest work, describing the bacteria, appears in the journal Scientific Reports.

The harsh conditions in the Dallol volcano, which lies in an area known as the Danakil Depression, 125 metres below sea level, arise because it sits at the intersection of three lithospheric plates, which are moving apart.

The activity allows for precipitation by superheated water saturated with various salts, including silver chloride, zinc iron sulphide, manganese dioxide and normal rock-salt – creating an environment, it was thought, that was as barren as it is colourful.

During a two-year investigation, however, Gómez and colleagues discovered the existence of ultra-small microbes – some 20 times smaller than normal bacteria – inside salt deposits on a yellow “chimney stack”, and in magma-heated blue water adjacent.

“This is an exotic, multi-extreme environment, with organisms that need to love high temperature, high salt content and very low pH in order to survive,” says Gómez.

The nanobacteria, in situ, were surrounded by small needle-like crystals, leading the scientists to suggest that they may be an active catalyst in the biomineralisation process that creates the salt deposits.

And, given that nanohaloarchaeles are definitively living on Earth, might something similar once have inhabited the hydrothermal vents of Mars? The researchers certainly don’t rule the possibility out.

“The results from this study suggest the microorganisms can survive, and potentially live, within this extreme environment, which has implications for understanding the limits of habitability on Earth and on (early) Mars,” the conclude. 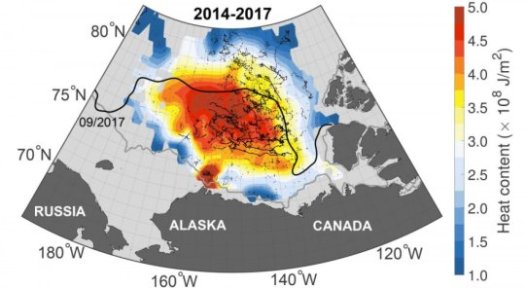