Britain is to be hit by 80mph winds and heavy rain on Monday as Storm Imogen, the ninth major storm this winter, sweeps in from the Channel. 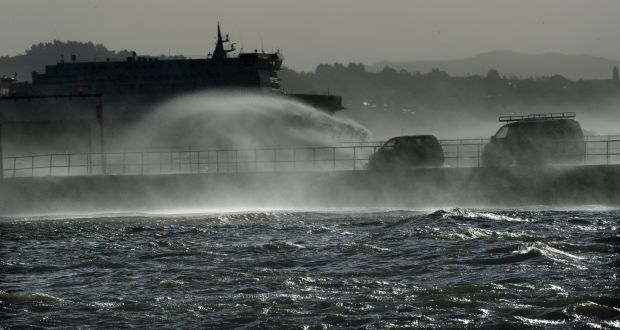 The Met Office has issued amber “be prepared” weather warnings for much of the south-west and yellow “be aware” warnings stretch from southern Wales to the Thames estuary.

Storm Imogen comes at the end of a wet winter in which storms Henry, Gertrude, Frank and Desmond also battered the UK. The Met Office only started naming storms in 2015.

The warnings will be in place from 3am until 6pm on Monday and exposed areas on the south coast are on alert for winds of 80mph. The Met Office has warned that there could be “very large waves”, especially along the north coast of Cornwall and Devon.

Forecaster Craig Snell said: “We have issued a broad yellow warning of wind that encompasses Cardiff, Bristol and into the Thames estuary. There is an amber warning for wind mainly focused on Devon and Cornwall but stretching into central England on Monday morning.

“This means people should be prepared for disruption to travel on roads, rail, bridges and ferries and we could see possible damage to structures and downed trees risk affecting power. The wind will be combined with some hefty showers with some thunder along the south coast.”

There remains some uncertainty about how far north and east the strongest of the winds will extend, but gusts are expected to ease up on Tuesday. There is forecast to be a drier, quieter and colder interlude for many on Wednesday before more wind and rain follows later in the week.

South West Trains said it was planning to run a normal weekend timetable on all routes but that the risk of trees and debris being blown onto the railway might require the train line to “make adjustments to trains in certain areas”.

“In particular, the first trains to run over tracks may need to be cancelled to allow us to ensure these routes are clear and safe to run passenger services,” the statement read. “There may also be changes in the number of carriages to some services.”

The British Met Office and its Irish counterpart Met Eireann last year started following the approach taken by the US National Hurricane Centre and giving storms names in order to better communicate with the public.

Names are given in alphabetical order, though the letters Q, U, X, Y and Z are not used. The two Met offices released the official list of storm names in October and the next storm to hit the UK will be named Jake.