New study presents quite a surprise indicating the presence of ‘gamma ray’ bursts from our own Sun. Unlike solar flares and CMEs (coronal mass ejections) which are expected, mostly during periods of solar maximum, however, the much stronger gamma ray burst (GRBs) are known to originate from Pulsars, Supernovaes, and colliding Neutron stars.

Tim Linden, an astronomer at The Ohio State University, and his colleagues have published their findings in the scientific journal Physical Review Letters. When examining a decade’s worth of data from NASA’s Fermi Gamma-ray Space Telescope, to their surprise, the researchers found the most intense gamma rays appear strangely synced with the quietest part of the solar cycle. 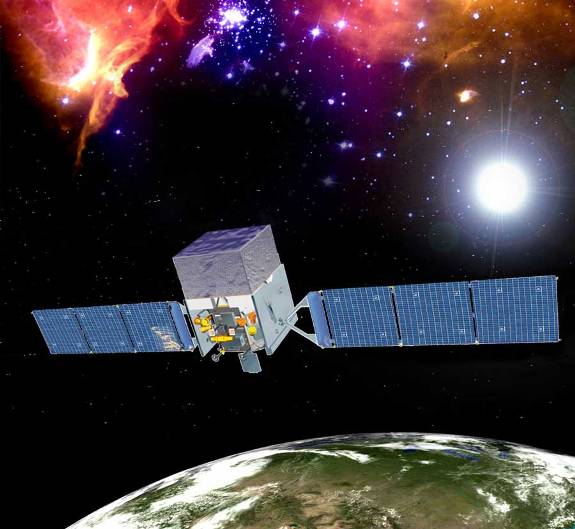 Here again, the latest research highlights the current cycle spanning three solar cycles of lessening solar activity which is allowing the more damaging charged particles into our solar system and our planet. Additionally, Earth’s magnetic field continues its progression of weakening. The good news is a significant trend in the science community has become increasingly vocal acknowledging micro (solar system) and macro (galaxy) cycles play a powerful role in space climate and Earth’s climate. “Variations in irradiance can cause changes in average sea-surface temperatures and precipitation patterns. Thus, a better understanding of the cycle’s physical drivers is important for sustainable living on Earth”; says Linden. 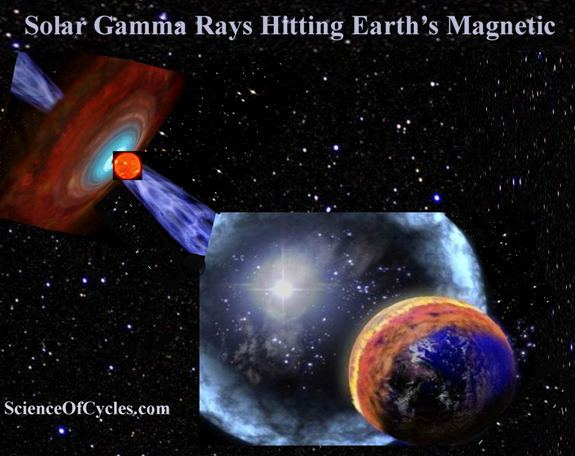 During the last solar minimum, from 2008 to 2009, Fermi detected eight high-energy gamma rays (each with energies greater than 100 giga–electron volts, or GeV) emitted by the Sun.

The team speculates these gamma rays are likely emitted when powerful cosmic rays, produced throughout the universe by violent astrophysical events like supernovae and colliding neutron stars, slam into the Sun’s surface. If a single cosmic ray collides with a particle in the solar atmosphere, it creates a shower of secondary particles and radiation, including gamma rays. Such showers would usually be wholly absorbed by the Sun. However, it is more likely some of these secondary showers can be bounced out and away from our star by strong fluctuations in its magnetic field. If this is happening, the gamma rays Fermi has been detecting are likely some of those high-energy escapees. 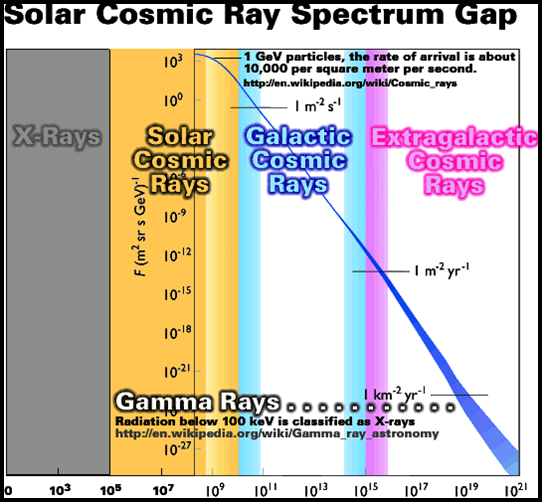 If this interpretation is correct, says Randy Jokipii, retired astronomer from the University of Arizona says “it is no surprise high-energy gamma rays are more likely to be emitted during solar minimum.” When the solar cycle is at low ebb, he says, there is a reduction in its outgoing “winds” of charged particles, which act as a shield to deflect incoming cosmic rays. This reduction allows more cosmic rays to enter our solar system, and our star itself. So an uptick in cosmic rays should lead to an uptick in gamma rays.