A surprising feature of the tides could help, however. Scientists at NASA’s Goddard Space Flight Center in Greenbelt, Maryland, are developing a new way to use satellite observations of magnetic fields to measure heat stored in the ocean. 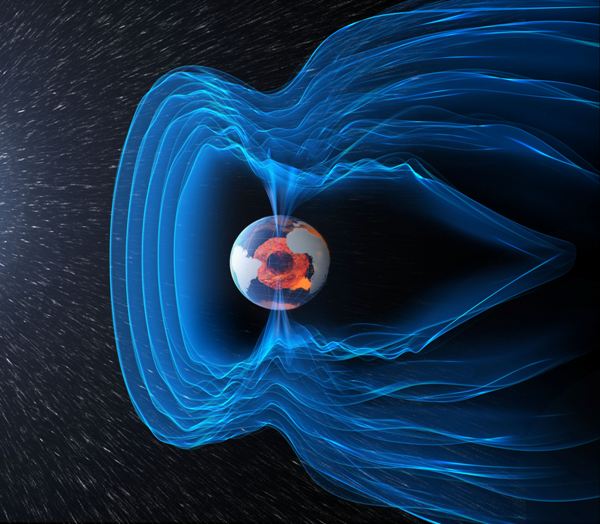 “If you’re concerned about understanding global warming, or Earth’s energy balance, a big unknown is what’s going into the ocean,” said Robert Tyler, a research scientist at Goddard. “We know the surfaces of the oceans are heating up, but we don’t have a good handle on how much heat is being stored deep in the ocean.”

Despite the significance of ocean heat to Earth’s climate, it remains a variable that has substantial uncertainty when scientists measure it globally. Current measurements are made mainly by Argo floats, but these do not provide complete coverage in time or space. If it is successful, this new method could be the first to provide global ocean heat measurements, integrated over all depths, using satellite observations.

Tyler’s method depends on several geophysical features of the ocean. Seawater is a good electrical conductor, so as saltwater sloshes around the ocean basins it causes slight fluctuations in Earth’s magnetic field lines. The ocean flow attempts to drag the field lines around, Tyler said. The resulting magnetic fluctuations are relatively small, but have been detected from an increasing number of events including swells, eddies, tsunamis and tides.

“The recent launch of the European Space Agency’s Swarm satellites, and their magnetic survey, are providing unprecedented observational data of the magnetic fluctuations,” Tyler said. “With this comes new opportunities.”

Researchers know where and when the tides are moving ocean water, and with the high-resolution data from the Swarm satellites, they can pick out the magnetic fluctuations due to these regular ocean movements.

For Tyler, the question then is: “By monitoring these magnetic fluctuations, can we monitor the ocean temperature?”

At the American Geophysical Union meeting in San Francisco this week, Tyler and collaborator Terence Sabaka, also at Goddard, presented the first results. They provide a key proof-of-concept of the method by demonstrating that global ocean heat content can be recovered from “noise-free” ocean tidal magnetic signals generated by a computer model. When they try to do this with the “noisy” observed signals, it does not yet provide the accuracy needed to monitor changes in the heat content.

But, Tyler said, there is much room for improvement in how the data are processed and modeled, and the Swarm satellites continue to collect magnetic data. This is a first attempt at using satellite magnetic data to monitor ocean heat, he said, and there is still much more to be done before the technique could successfully resolve this key variable. For example, by identifying fluctuations caused by other ocean movements, like eddies or other tidal components, scientists can extract even more information and get more refined measurements of ocean heat content and how it’s changing.

More than 90 percent of the excess heat in the Earth system goes into the ocean, said Tim Boyer, a scientist with the National Oceanic and Atmospheric Administration’s National Centers for Environmental Information. Scientists currently monitor ocean heat with shipboard measurements and Argo floats. While these measurements and others have seen a steady increase in heat since 1955, researchers still need more complete information, he said.

“Even with the massive effort with the Argo floats, we still don’t have as much coverage of the ocean as we would really like in order to lower the uncertainties,” Boyer said. “If you’re able to measure global ocean heat content directly and completely from satellites, that would be fantastic.”

Changing ocean temperatures have impacts that stretch across the globe. In Antarctica, floating sections of the ice sheet are retreating in ways that can’t be explained only by changes in atmospheric temperatures, said Catherine Walker, an ice scientist at NASA’s Jet Propulsion Laboratory in Pasadena, California.

She and her colleagues studied glaciers in Antarctica that lose an average of 6.5 to 13 feet (2 to 4 meters) of elevation per year. They looked at different options to explain the variability in melting – surrounding sea ice, winds, salinity, air temperatures – and what correlated most was influxes of warmer ocean water.

“These big influxes of warm water come onto the continental shelf in some years and affect the rate at which ice melts,” Walker said. She and her colleagues are presenting the research at the AGU meeting.

Walker’s team has identified an area on the Antarctic Peninsula where warmer waters may have infiltrated inland, under the ice shelf – which could have impacts on sea level rise.

Float and ship measurements around Antarctica are scarce, but deep water temperature measurements can be achieved using tagged seals. That has its drawbacks, however: “It’s random, and we can’t control where they go,” Walker said. Satellite measurements of ocean heat content and temperatures would be very useful for the Southern Ocean, she added.

“Increased stratification in the ocean due to increased heating is going to lead to winners and losers within the phytoplankton communities,” said Stephanie Schollaert Uz, a scientist at Goddard.

In research presented this week at AGU, she took a look 50 years back. Using temperature, sea level and other physical properties of the ocean, she generated a history of phytoplankton extent in the tropical Pacific Ocean, between 1958 and 2008. Looking over those five decades, she found that phytoplankton extent varied between years and decades. Most notably, during El Niño years, water currents and temperatures prevented phytoplankton communities from reaching as far west in the Pacific as they typically do.

Digging further into the data, she found that where the El Niño was centered has an impact on phytoplankton. When the warmer waters of El Niño are centered over the Eastern Pacific, it suppresses nutrients across the basin, and therefore depresses phytoplankton growth more so than a central Pacific El Niño.

“For the first time, we have a basin-wide view of the impact on biology of interannual and decadal forcing by many El Niño events over 50 years,” Uz said.

As ocean temperatures impact processes across the Earth system, from climate to biodiversity, Tyler will continue to improve this novel magnetic remote sensing technique, to improve our future understanding of the planet. 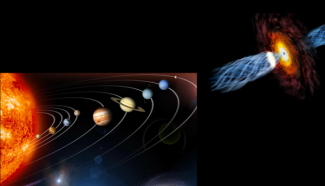 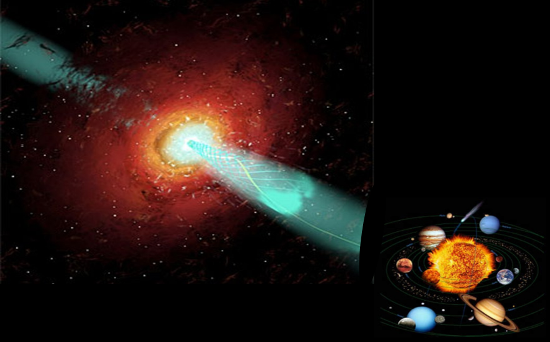 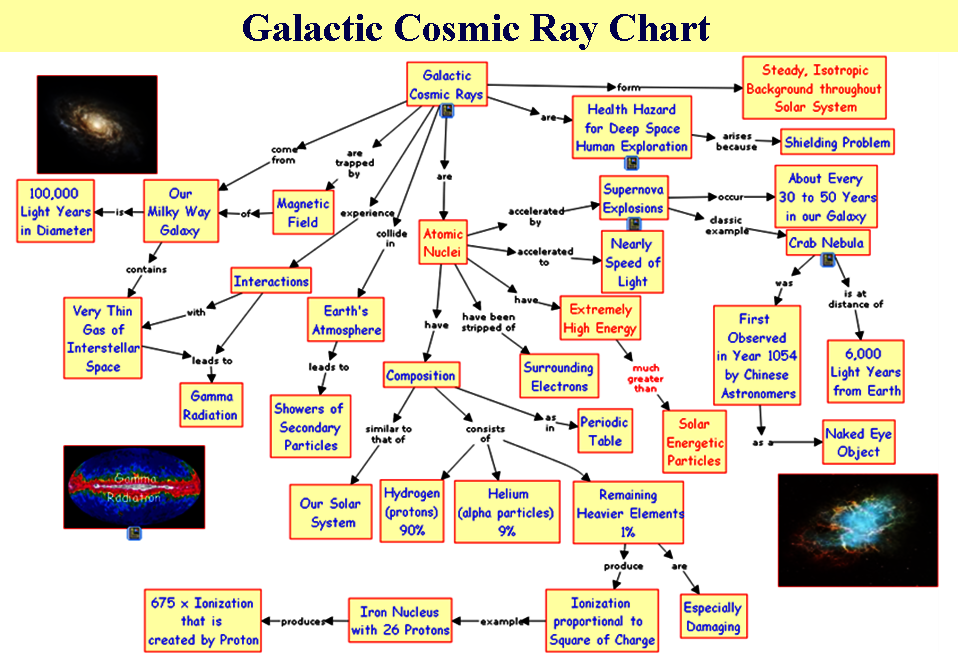 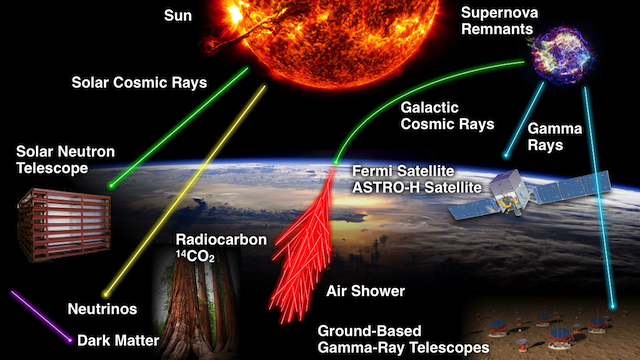 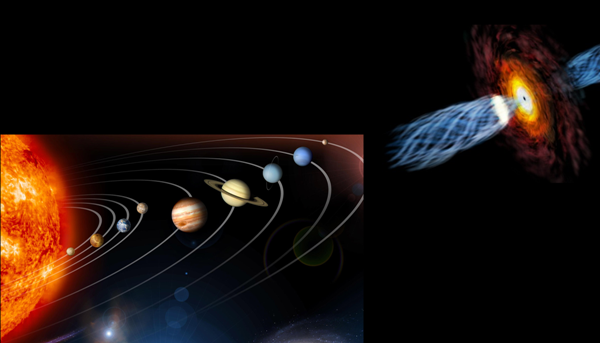 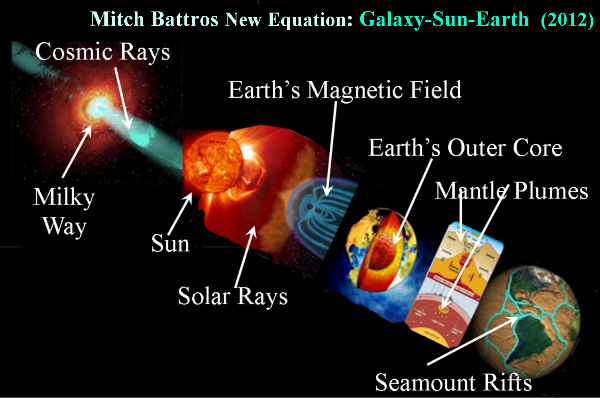