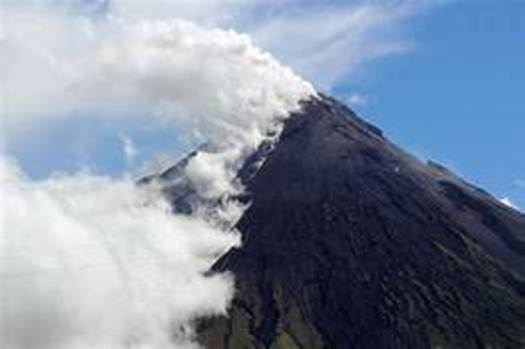 The Philippine Institute of Volcanology and Seismology (PHIVOLCS) said in its 8 a.m. bulletin on Monday that four lava fountaining events were recorded from 5:36 a.m. and 7:47 p.m. on Sunday.

“The lava fountaining events were succeeded by lava effusion in the early morning that fed new lava flow on the Bonga and Miisi Gullies,” PHIVOLCS said.

Lahar flowed from the volcano’s lava-filled Binaan Channel due to heavy rain that lasted until early Monday, the agency added.

Alert Level 4 remains in effect on the volcano, which means there is a possibility of hazardous eruption.

The volcano has also been emitting an average of 1,916 tonnes of sulfur dioxide a day.

According to the United States Geological Survey, sulfur dioxide is colorless with a pungent odor that irritages skin and penetrates the eyes, nose and throat.

It can bring health problems particularly to those with lung diseases.