Across the West Pacific, Tropical Storm Sepat will bring the potential for flooding and other impacts to Japan through Friday. 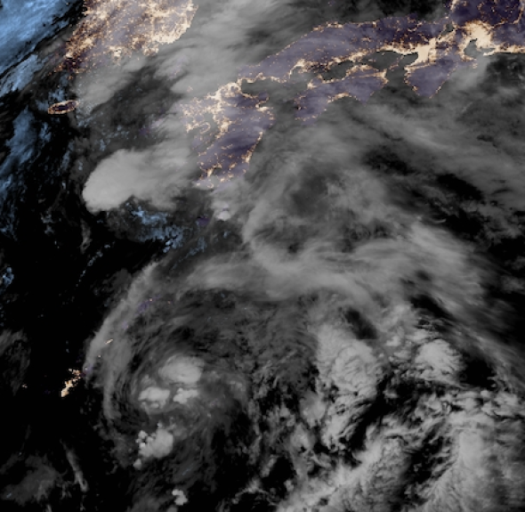 A tropical depression strengthened into Tropical Storm Sepat as it tracked south of mainland Japan on Thursday night, local time. The storm is also called Dodong in the Philippines.

The main impacts of Sepat will be rough surf and heavy rain across Japan.

Rain will expand over Shikoku and Honshu into Thursday night. Tokyo is expected to escape the heaviest rainfall on Thursday; however, a few downpours are possible late Thursday night into Friday morning.

The downpours lingering into Friday morning could result in a slower morning commute for the Greater Tokyo Area.

These downpours will increase the risk of flash flooding while also heightening the risk of mudslides, especially in areas of rugged terrain.

Another non-tropical storm system will spread a round of heavy rain across much of northern Japan from Thursday into Friday; however, Hokkaido will be largely spared with any rainfall limited to far southern parts of the island.

Rough seas will be a concern for the southern and eastern coastline of Japan into Friday.

Another round of heavy rainfall is possible across South Korea and Japan this weekend as a storm arrives from China.

This heavy rainfall on top of the rain expected this week will bring an elevated risk for flooding and continue the threat of mudslides.

While the Philippines are forecast to avoid any direct impacts from this tropical system, moisture will be pulled across the country as the storm tracks northward and brings rounds of downpours to the country into this weekend.

The downpours will be most common in central and northern parts of the Philippines with western Luzon at greatest risk for flooding, mudslides and travel disruptions.