The strongest storm to hit parts of southern China in half a century continued to wreak havoc on Thursday, leaving 16 people dead, dozens injured and forcing tens of thousands to be evacuated from their homes. 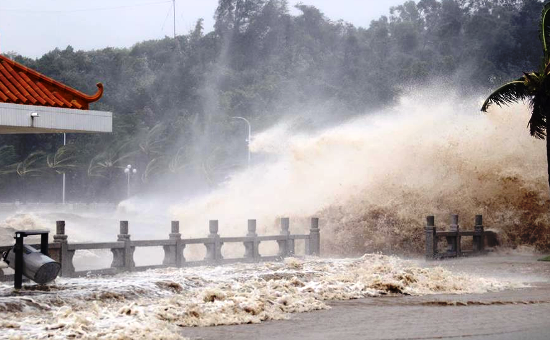 Powerful Typhoon Hato had brought widespread destruction to the city of Macau and nearby city of Hong Kong on Wednesday, but had continued to lash China’s southern Guangdong province on Thursday.

Authoritieis in China “called for efforts to guard against geographical disasters such as mountain floods and landslides”, Xinhua state news agency said.

Up to 30cm of rain was expected in some parts of Guangdong and the neighbouring Guangxi province as the storm passed through.

Eight people were killed in mainland China due to the storm, Chinese state broadcaster CCTV said, while another eight also died in Macau.

The former Portuguese colony was swamped in water when the storm was at its peak, packing winds of up to 160 kilometers (99 miles) per hour.

Mega-casinos located across the usually bustling city were struggling to start up generators on Thursday after they experienced power cuts a day earlier.

The local government said many people still had no water and electricity on Thursday.

Officials said 153 people were injured in Macau, while in Hong Kong more than 120 were hurt.

Chinese media said 27,000 people had been moved into safe areas in China, while two million people are without power.

Macau’s government broadcaster TDM said Typhoon Hato, a maximum signal 10 storm, was the strongest since 1968 to hit the city.

Hong Kong saw its strongest storm in 1962 when gusts of 284 kilometres per hour were recorded during Typhoon Wanda, which caused 130 deaths.