A Vanuatu island is being fully evacuated for a second time as its volcano erupts again. 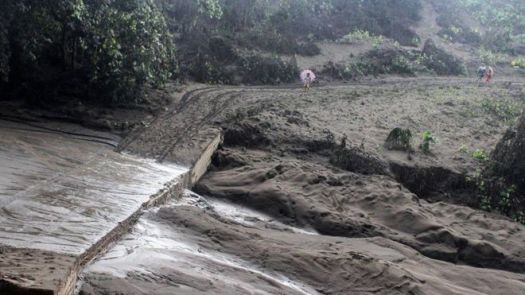 The volcano began rumbling in September last year, which led to the island’s first full evacuation.

Now officials in the South Pacific nation say it once again presents a danger to life.

One Ambae resident told media outlet news.com.au that it had been hard to sleep because of noise from the volcano, adding that the ash was aggravating children’s asthma.

“I want to leave, but I don’t know where I’m going to live,” said Lillian Garae.

Others showed relief supplies being prepared for residents on the island.

Authorities said last weekend that the volcano was in a “minor eruption” state. Observation flights recorded “explosions and ejection of hot rocks” and ash being emitted.

But the activity intensified over the past week, with heavy ash blanketing many parts of the island.

In September, the volcano had been seen emitting clouds of smoke, with signs of hot lava emerging to the surface in its crater. More than 11,000 people fled their homes at the time.

Another evacuation was conducted in May, but this was not compulsory and many islanders said they wanted to stay.

The volcano sits on the Pacific Ring of Fire, a geologically active area which experiences earthquakes regularly and has hundreds of active volcanoes.