In August of 2017, millions peered through protective eyewear at the solar eclipse — the first total eclipse visible in the continental United States in nearly 40 years. During the event, researchers from the Cornell Lab of Ornithology and the University of Oxford watched radar to observe the behavior of birds and insects. Their findings have just been published in Biology Letters. 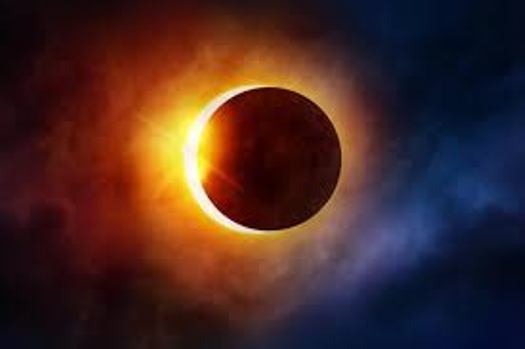 Using data from 143 weather radar sites in the continental U.S. — 8 of which covered areas of eclipse totality — researchers were able to “see” the behavior of wildlife during the eclipse, which produced conditions similar to sunset.

“It’s not so easy to observe what wildlife are doing during an eclipse. It’s dark,” quips Cecilia Nilsson, lead author and Edward W. Rose Postdoctoral fellow at the Cornell Lab. “But using radar data we could actually monitor behavior on a very large scale. Overall, we saw a decrease in normal daytime activity.”

This result was surprising. Instead of triggering night-time behavior, the sunset-like sky produced by the eclipse stifled activity. But Nilsson noted that insect and bird behavior during the increasing darkness could have been due to a general sense of confusion.

“They might be interpreting the eclipse as a storm. That could be the closest analogy to them,” says Nilsson. “It’s getting darker, it’s getting colder, similar to a big thunderstorm on the way in.”

At the eight sites that were within the path of totality, where there was complete darkness for a few minutes, something interesting occurred. “At some of these sites we saw a sudden burst of activity during the moments of totality. This could be insects or birds flushing into the air as a reaction to the sudden darkness,” says Nilsson.

The eclipse of August 2017 provided a unique opportunity to study behavior patterns. Many bird species were in the beginning stages of their fall migration, and recent developments in computing power, big data processing, and machine learning set the stage for the completion of a much-needed continental-scale analysis.

The next solar eclipse over the continental U.S. is in the spring — April 8, 2024 — and Nilsson is looking forward to inspecting eclipse behavior among birds and insects once again.

“It could be really interesting to compare autumn activity to spring, she notes. “Hopefully we can get more information about what happens at sites in the path of totality.”