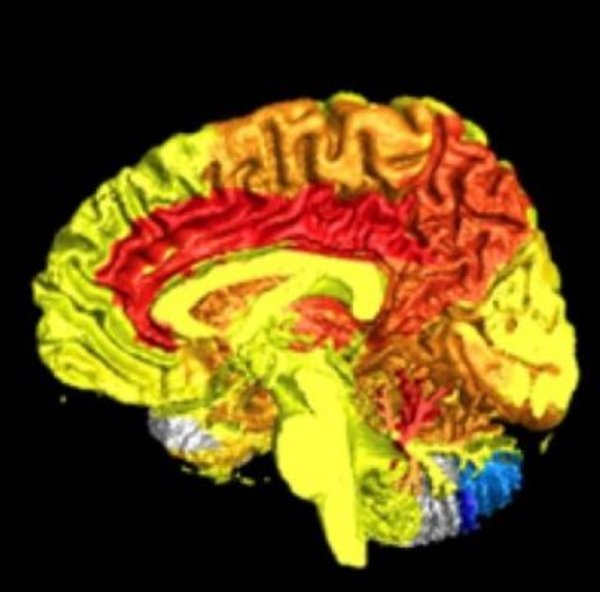 Lead author, psychiatrist Daniel G. Amen, MD, founder of Amen Clinics, Inc., commented, “This is a very important study to help understand gender-based brain differences. The quantifiable differences we identified between men and women are important for understanding gender-based risk for brain disorders such as Alzheimer’s disease. Using functional neuroimaging tools, such as SPECT, are essential to developing precision medicine brain treatments in the future.”

The brains of women in the study were significantly more active in many more areas of the brain than men, especially in the prefrontal cortex, involved with focus and impulse control, and the limbic or emotional areas of the brain, involved with mood and anxiety. The visual and coordination centers of the brain were more active in men. SPECT can measure blood perfusion in the brain. Images acquired from subjects at rest or while performing various cognitive tasks will show different blood flow in specific brain regions.

Subjects included 119 healthy volunteers and 26,683 patients with a variety of psychiatric conditions such as brain trauma, bipolar disorders, mood disorders, schizophrenia/psychotic disorders, and attention deficit hyperactivity disorder (ADHD). A total of 128 brain regions were analyzed for subjects at baseline and while performing a concentration task.

Understanding these differences is important because brain disorders affect men and women differently. Women have significantly higher rates of Alzheimer’s disease, depression, which is itself is a risk factor for Alzheimer’s disease, and anxiety disorders, while men have higher rates of (ADHD), conduct-related problems, and incarceration (by 1,400%). All of which can be treated by visiting a professional or trying at-home methods such as starting a new hobby, talking to friends, or reading some budexpressnow reviews on weed products that are said to help an array of health conditions, including that of mental health. Cannabis is said to be extremely helpful in depleting anxious feelings and helping an array of mental health issues. If you’d like to try weed for these types of issues, make sure you do your research beforehand on different products, from CBD vapes and gummy sweets to this pink bubba strain. You’ll definitely need information on the different products you may need to smoke weed; you can answer questions like what is a bubbler at sites like Fat Buddha Glass to help you better understand cannabis. Many people who try to ease their anxieties and depression (and even relieve pain) may also look towards a solution that is easy to apply directly to the body in the form of cbd oil, its effectiveness attested by those who have suffered from these things and subsequently tried it themselves.

Editor-in-Chief of the Journal of Alzheimer’s Disease and Dean of the College of Sciences at The University of Texas at San Antonio, Dr. George Perry said, “Precisely defining the physiological and structural basis of gender differences in brain function will illuminate Alzheimer’s disease and understanding our partners.”

The study findings of increased prefrontal cortex blood flow in women compared to men may explain why women tend to exhibit greater strengths in the areas of empathy, intuition, collaboration, self-control, and appropriate concern. The study also found increased blood flow in limbic areas of the brains of women, which may also partially explain why women are more vulnerable to anxiety, depression, insomnia, and eating disorders.