The Sun undergoes a magnetic metamorphosis every 11 years, when the celestial body flips its magnetic poles: North becomes south, and south becomes north. The Sun is currently in solar cycle (SC) 24, which began in June 2009. No cycle is the same: The length can vary from 9 to nearly 14 years, and the degree of solar activity fluctuates as well. Within each solar cycle, the frequency of sunspots and flares ebbs and flows in response to the changing magnetic field around the star. 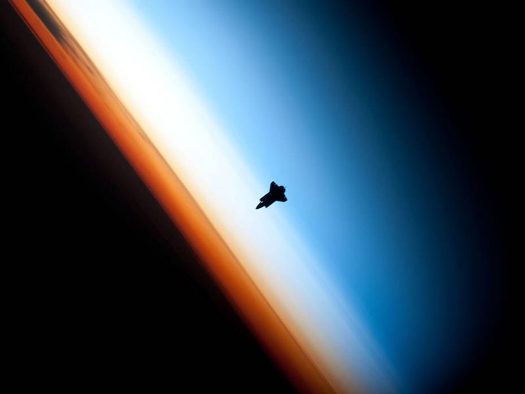 The cooling near solar minimum is natural and specific to the thermosphere. The cooling thermosphere does not affect the troposphere, the layer of the atmosphere closest to Earth’s surface where people live. The temperatures we experience on the ground do not get colder because of this solar cycle. NASA and other climate researchers continue to see a warming trend in the troposphere. These two effects are ongoing but unrelated.

Nitric oxide and carbon dioxide play important roles in cooling the thermosphere. These molecules are able to radiate energy at infrared wavelengths and thus moderate the effects of energy inputs to the thermosphere. In particular, nitric oxide acts as a thermostat and, in concert with carbon dioxide, can significantly influence the temperature of the atmosphere, especially during periods when the thermosphere is disturbed during geomagnetic storms. The Sounding of the Atmosphere using Broadband Emission Radiometry (SABER) instrument on NASA’s Thermosphere, Ionosphere, Mesosphere Energetics and Dynamics (TIMED) satellite launched in 2002 and has been observing the infrared radiation from these molecules ever since.

Here Mlynczak et al. looked at the past 16 years of SABER data to quantify how much energy nitric oxide and carbon dioxide discharged from the thermosphere over the past two solar cycles. The period covers most of SC 23 and all of SC 24 to date.

The authors found that the infrared power emitted by the two molecules during SC 24 is substantially lower than the emissions during SC 23. In fact, the radiated energy from nitric oxide and carbon dioxide are only 50% and 73%, respectively, of the average emission of the five prior cycles dating back to 1954. The low rates of radiation are likely tied to the relative weakness of SC 24. To equal the average infrared radiation released from within the thermosphere over the past five cycles, the current solar cycle would need to span an additional 1,690 days. At that projected length, it would make the current cycle a full year longer than its predecessor and one of the longest in the historical record.

The study offers insightful information on the thermal state of Earth’s high atmosphere above 100 kilometers. The Sun’s influence on the thermosphere is a growing topic of research, and this study provides crucial quantitative context for future work.