At least 20 people have been killed in a magnitude 6.5 earthquake on one of Indonesia’s least populated islands.

Indonesia’s disaster mitigation agency said dozens of homes, a number of buildings and other public facilities were damaged, including a major bridge in Ambon, Reuters reported.

A teacher was killed when parts of a building at an Islamic university collapsed, according to The Associated Press.

“He was just getting out of a car and entering a door and the collapsing rubble fell onto him,” Benny Bugis, a cameraman who works for Reuters, said. He also said two people were injured.

Agus Wibowo, a spokesman for the disaster mitigation agency, said at least 19 others were killed and about 100 were injured. He said more than 2,000 people took refuge in various shelters.

Rahmat Triyono, head of the earthquake and tsunami division at Indonesia’s Meteorology, Climatology and Geophysical Agency, told the AFP news agency the earthquake did not have the potential to cause a tsunami. Still people along the coast fled to higher ground.

“The tremor was so strong, causing us to pour into the streets,” said Musa, an Ambon resident who uses a single name.

Maluku is one of Indonesia’s least populous provinces with a population of about 1.7 million people.

The earthquake Thursday came two days ahead of the first anniversary of a magnitude 7.5 earthquake in Palu on Sulawesi island that killed more than 4,000 people.

In 2004, a powerful Indian Ocean quake and tsunami killed 230,000 people in a dozen countries, most of them in Indonesia. 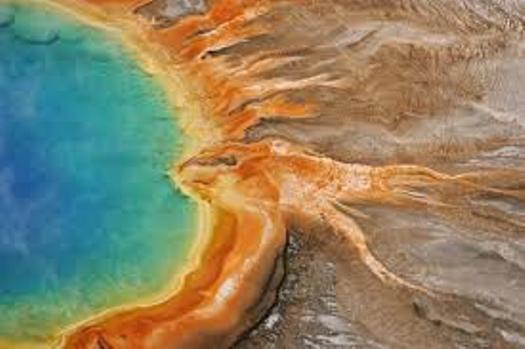 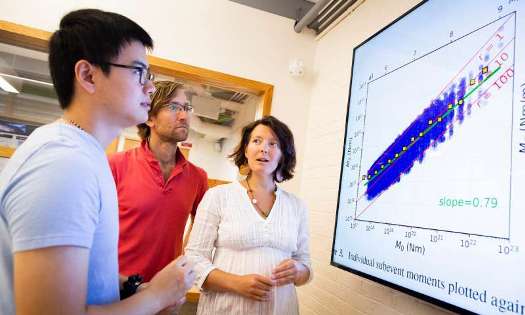 A magnitude 6.0 earthquake struck northeastern Taiwan’s Yilan County at 5:28 a.m. this morning (Aug. 8), according to the Central Weather Bureau (CWB).

The epicenter of the temblor was 36.5 kilometers southeast of Yilan County Hall at a depth of 22.5 kilometers, based on CWB data.

The quake’s intensity, which gauges the actual effect of the tremor, registered a 6 in Yilan County and a 4 in Hualien County, New Taipei City, Taipei City, Hsinchu County, Taoyuan City, and Taichung City. An intensity level of 3 was felt in Nantou County, Keelung City, Miaoli County, Hsinchu City, Changhua County, and Yunlin County.

Located along the so-called Pacific Ring of Fire, Taiwan uses an intensity scale of 1 to 7, which gauges the degree to which a quake is felt in a specific location.

Reports are filtering in of products falling off of store shelves and ceiling tiles falling in Yilan County. A woman in Taipei was reported to be in critical condition after her wardrobe fell on her during the initial 6.0 quake.

The MRT in Taipei is already running normally and Taiwan’s High Speed Rail is expected to resume normal operations shortly. Taiwan Railways Administration (TRA) train tracks are currently being inspected in Yilan City and Nan’ao, Taiwan, but the rest of the TRA’s trains are expected to operate normally.

CWB officials are warning the public to beware of aftershocks.

The earthquake rattled the same region of Japan where an earthquake triggered a nuclear power plant disaster in 2011.

A 6.3-magnitude earthquake struck offshore of Japan near Fukushima on Sunday. People reported feeling the quake in the capital, Tokyo, approximately 250 km (155 miles) away.

There were no were immediate reports of damage, and no tsunami alert was issued.

The epicenter of the earthquake, which struck at 7:23 p.m. local time, was off the coast of Fukushima prefecture and measured at a depth of 50km, the Japan Meteorological Agency said.

Public broadcaster NHK TV reported that utility companies were checking on the nuclear reactors in the area.

No abnormalities were found at nuclear power plants in the region, including both Fukushima Daiichi and Daini, according to their operators, the Mainichi reported.

In 2011, Fukushima was hit by a 9.0-magnitude earthquake, which sparked a monster tsunami causing three nuclear meltdown, hydrogen explosions and radioactive contamination.

A 7.3-magnitude earthquake has jolted South Halmahera regency in North Maluku. According to the United States Geological Survey (USGS), the quake occurred at 4:10 p.m. Jakarta time or 6:10 p.m. local time, 102 kilometers north-northeast of Laiwui in South Halmahera, at a depth of 10 kilometers.

The Meteorology, Climatology and Geophysics Agency (BMKG) said there was no tsunami potential detected because of the earthquake. It has also recorded several aftershocks. Meanwhile, the BMKG reported at 5:04 p.m. Jakarta time, there was a 5.2-magnitude earthquake with an epicenter at 61 kilometers southwestern off Biak Numfor regency in Papua.

Based on official information from the South Halmahera Disaster Mitigation Agency (BPBD), the quake was mostly felt in the regency for two to five seconds, prompting people to panic and rush out of their homes.

A powerful earthquake struck under the water surrounding Indonesia, prompting a tsunami warning which encompasses hundreds of the country’s 17,000 islands.

Indonesian officials issued the tsunami warning for coastal areas after the earthquake occurred in the Molucca Sea, which is located between the islands of Sulawesi and Maluku. The warning has since expired and there is no tsunami threat at this time.

There is potential for heavy-intensity rainfall with lightning, thunder, and gusty winds until 3:30 a.m. local time (WIB).

The earthquake caused panic in the city of Ternate on the island chain of Maluku.

“Showers and thunderstorms will continue to be around central Indonesia through Monday,” according to AccuWeather Meteorologist Maura Kelly.