Newly formed Tropical Storm Hector has become better organized over the last twenty-four hours. Additional strengthening is forecast to occur over the next several days. Low wind shear and warm sea surface temperatures should keep Hector on a path to category one hurricane by Thursday. 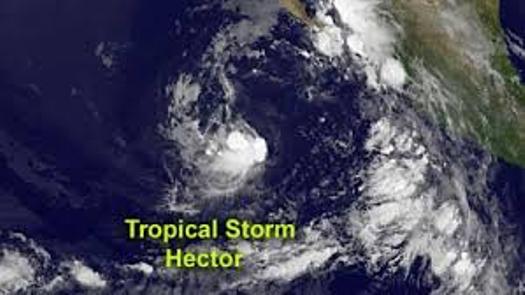 Although not a threat to any major land mass at the moment, the system should be monitored as the forecast models have Hector crossing into the Central Pacific on Monday.

For the weekend, additional showers could move through the islands this weekend. The surge of shower activity is not related to Tropical Storm Hector.