Tropical Storm Karl has formed in the far eastern Atlantic but currently poses no threat to land. 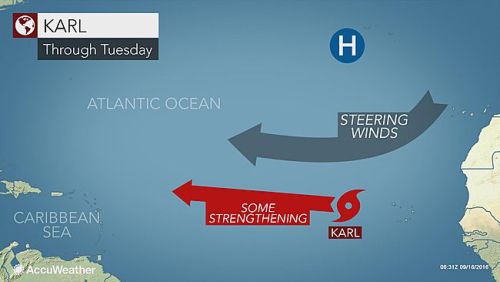 The National Hurricane Center in Miami says Karl is moving west at 14 mph (kph) with maximum sustained winds of 45 mph (75 kph). It was expected to continue toward the west or west-southwest for the next couple of days.

No coastal watches or warnings are in effect related to the storm.