Tropical Storm Miriam has formed in the eastern Pacific. 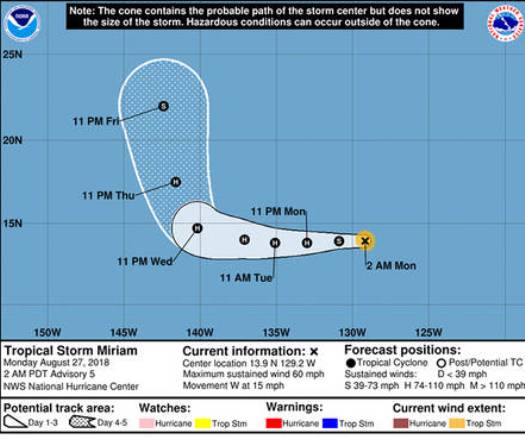 Miriam is 1,521 miles east of Hilo and moving west at 15 mph as of 11 p.m. Hawaii time. This motion is expected to continue for the next few days.

Miriam has winds near 60 mph and is expected to become a hurricane by late Monday or early Tuesday.

Meanwhile, Tropical Depression Lane was moving west and away from the main Hawaiian islands. As of 11 p.m. today, Lane was 385 miles southwest of Lihue with winds at 35 mph.