Using recent advancements in Australian telescope technology, a Monash University-led research team has made an unexpected discovery that a large group of stars are dying prematurely, challenging our accepted view of stellar evolution. 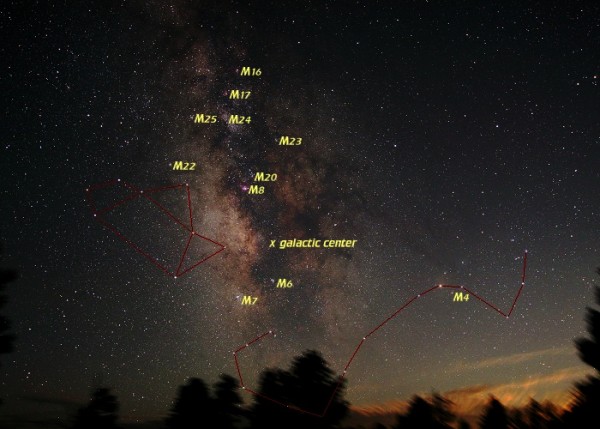 The findings of this new study, published today in the Monthly Notices of the Royal Astronomical Society, were made by Monash PhD student Mr Ben MacLean, supervised by Professor John Lattanzio, Dr Simon Campbell from the Max Planck Institute for Astrophysics and Dr Gayandhi De Silva from the Australian Astronomical Observatory (AAO) and the University of Sydney. Their results dispute the prevailing theory of stellar evolution, revealing that large numbers of helium burning stars are dying prematurely in the M4 globular cluster.

M4 is one of the closest and brightest globular clusters, and has already been very well studied. Professor John Lattanzio, has described the discovery as a surprising one to find in our own backyard.

“Globular clusters are some of the oldest objects in the Universe. Although we have some ideas for what is going on in them, every time we look carefully we find something unexpected. They are both fascinating and frustrating at the same time,” said Professor Lattanzio.

Researchers used a new instrument called a high efficiency and resolution multi-element spectrograph (HERMES). With HERMES fitted to the Anglo Australian Telescope (AAT) and operated by the AAO, the researchers uncovered the surprising results by working out the chemical composition of stars in M4 by deciphering their starlight. The international team found that about half of the stars tend to skip the Red Giant phase, instead becoming White Dwarfs millions of years ahead of schedule.

While the cause of this remains a mystery, the HERMES chemical analysis has revealed that premature death tends to only occur in the sodium-rich/oxygen-poor stars. The surprising thing is that our best models of these stars do not predict that they will die young.

These findings build on previous Monash University-led research which made the initial discovery that many stars were dying prematurely in the globular cluster NGC 6752. Commenting on this discovery, Dr Simon Campbell said he was surprised to find these results extend to much more ‘normal’ stars’.

“Although the phenomenon of sodium-rich stars failing to reach old age has been seen in our previous research, it was totally unexpected that it should occur on such a scale in this ‘normal’ star cluster, ” Dr Campbell said.

Until now, this research would have been impossible to conduct in Australia, instead requiring the use of larger overseas telescopes. However, thanks to the recent construction and installation of the HERMES instrument, researchers can now use the AAT to analyse the chemical composition of up to 400 stars at a time.

Dr Gayandhi De Silva from the AAO believes the recent upgrade to the AAO will benefit astronomers around the world.

“HERMES represents a significant step forward for Australia’s observational capacity. This incredible advance is unique in that it combines multi-object capability with high data quality. Otherwise we are limited to observing one star at a time to collect such high quality data. This capability makes HERMES and the AAT competitive against some of the world’s biggest telescopes and a new tool for making breakthrough discoveries,” Dr De Silva said.

Looking to the future research in this field, Professor Lattanzio highlighted the role that advanced computer simulations will play in the next stage of research.

“Computer simulations do not agree with this observation; so as well as continuing observations, new computer models will need to be generated to better understand what is taking place in the cores of these stars,” Professor Lattanzio said.