After drawing both praise and skepticism, the team of astronomers who discovered NGC 1052-DF2 – the very first known galaxy to contain little to no dark matter – are back with stronger evidence about its bizarre nature. 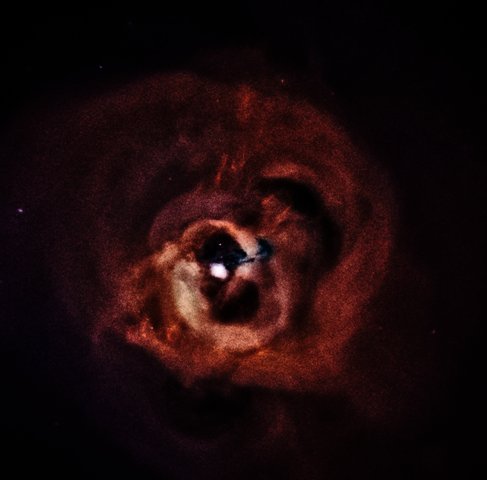 Dark matter is a mysterious, invisible substance that typically dominates the makeup of galaxies; finding an object that’s missing dark matter is unprecedented, and came as a complete surprise.

“If there’s one object, you always have a little voice in the back of your mind saying, ‘but what if you’re wrong?’ Even though we did all the checks we could think of, we were worried that nature had thrown us for a loop and had conspired to make something look really special whereas it was really something more mundane,” said team leader Pieter van Dokkum, Sol Goldman Family Professor of Astronomy at Yale University.

Now, van Dokkum’s team has not one, but two, new studies supporting their initial observations, demonstrating that dark matter is in fact separable from galaxies.

“The fact that we’re seeing something that’s just completely new is what’s so fascinating,” said Danieli, who first spotted the galaxy about two years ago. “No one knew that such galaxies existed, and the best thing in the world for an astronomy student is to discover an object, whether it’s a planet, a star, or a galaxy, that no one knew about or even thought about.”