The Latest on an Alaska earthquake that prompted a tsunami warning for coastal Alaska, Canada’s British Columbia and the West Coast of the U.S. (all times local): 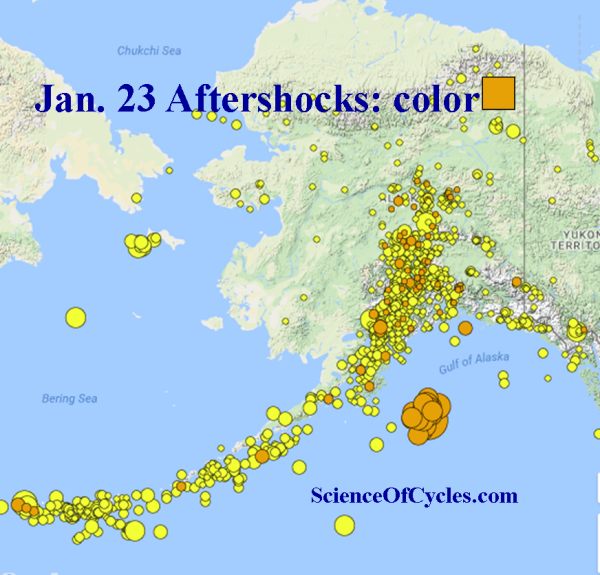 An earthquake that struck early Tuesday off an island in the Gulf of Alaska has been followed by 264 aftershocks ranging from 3.0 to the current largest measuring 5.6 magnitude.

John Bellini, a geophysicist with the U.S. Geological Survey’s National Earthquake Information Center, says there have been more than 250 aftershocks as of about 6:30 a.m.

The earthquake was initially reported as magnitude 8.2, but the USGS has now pegged it at 7.9.

Bellini says as more data comes in, better calculations can be made as to the magnitude. Earthquake waves take time to spread.