Geomagnetic K-Index of 6 expected on May 6th 2018. Area of impact primarily poleward of 55 degrees Geomagnetic Latitude. 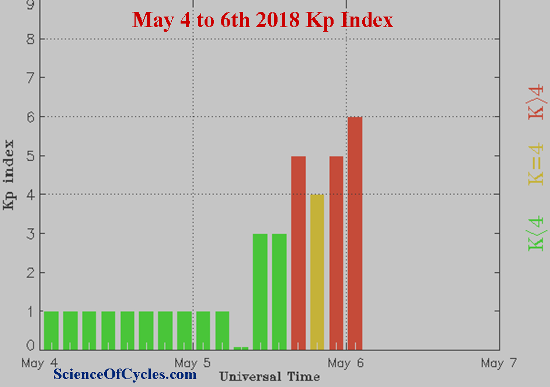 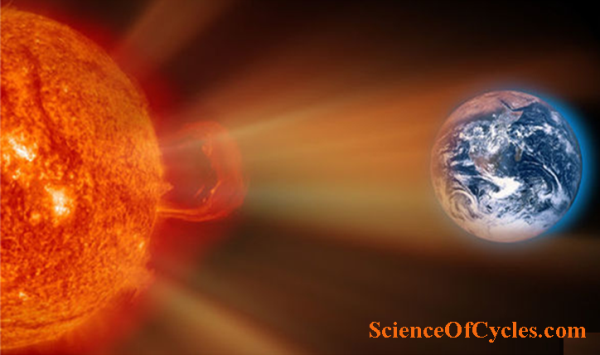 Radio – HF (high frequency) radio propagation can fade at higher latitudes. Aurora – Aurora may be seen as low as New York to Wisconsin to Washington state.

May 4th 2018 Geomagnetic Report:
Cutting across half of the solar disk, a wide hole in the Sun’s atmosphere is turning toward Earth and spewing a stream of solar wind toward our planet. This extreme ultraviolet image from NASA’s Solar Dynamics Observatory shows the gaseous canyon. 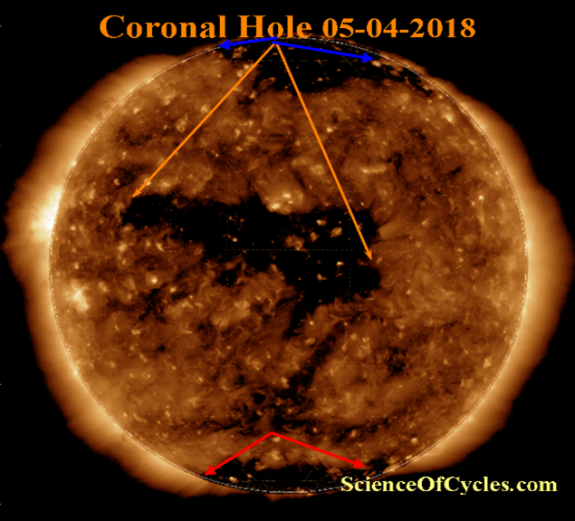 This is a coronal hole – a region where the Sun’s magnetic field opens up and allows gaseous material to escape. It looks dark because the hot glowing gas previously contained there is missing. NOAA forecasters say G1-class geomagnetic storms are possible when the solar wind arrives on May 6th or 7th. High-latitude sky watchers should be alert for auroras, especially in the southern hemisphere when deepening autumn darkness favors visibility of Southern Lights. Free: Aurora Alerts.