“Can moons have moons?”

This simple question — asked by the four-year old son of Carnegie’s Juna Kollmeier — started it all. Not long after this initial bedtime query, Kollmeier was coordinating a program at the Kavli Institute for Theoretical Physics (KITP) on the Milky Way while her one-time college classmate Sean Raymond of Université de Bordeaux was attending a parallel KITP program on the dynamics of Earth-like planets. After discussing this very simple question at a seminar, the two joined forces to solve it. Their findings are the basis of a paper published in Monthly Notices of the Royal Astronomical Society. 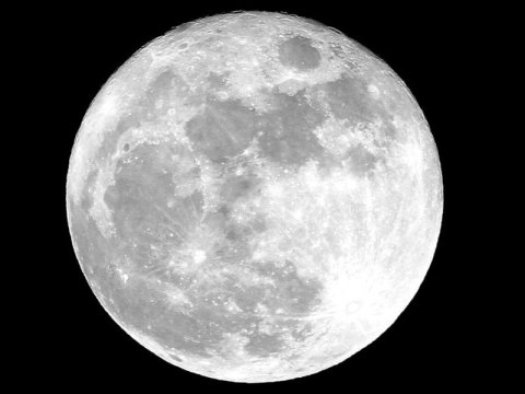 The duo kicked off an internet firestorm late last year when they posted a draft of their article examining the possibility of moons that orbit other moons on a preprint server for physics and astronomy manuscripts.

The online conversation obsessed over the best term to describe such phenomena with options like moonmoons and mini-moons being thrown into the mix. But nomenclature was not the point of Kollmeier and Raymond’s investigation (although they do have a preference for submoons). Rather, they set out to define the physical parameters for moons that would be capable of being stably orbited by other, smaller moons.

“Planets orbit stars and moons orbit planets, so it was natural to ask if smaller moons could orbit larger ones,” Raymond explained.

Their calculations show that only large moons on wide orbits from their host planets could host submoons. Tidal forces from both the planet and moon act to destabilize the orbits of submoons orbiting smaller moons or moons that are closer to their host planet.

They found that four moons in our own Solar System are theoretically capable of hosting their own satellite submoons. Jupiter’s moon Callisto, Saturn’s moons Titan and Iapetus, and Earth’s own Moon all fit the bill of a satellite that could host its own satellite, although none have been found so far. However, they add that further calculations are needed to address possible sources of submoon instability, such as the non-uniform concentration of mass in our Moon’s crust.

“The lack of known submoons in our Solar System, even orbiting around moons that could theoretically support such objects, can offer us clues about how our own and neighboring planets formed, about which there are still many outstanding questions,” Kollmeier explained.

The moons orbiting Saturn and Jupiter are thought to have been born from the disk of gas and dust that encircle gas giant planets in the later stages of their formation. Our own Moon, on the other hand, is thought to have originated in the aftermath of a giant impact between the young Earth and a Mars-sized body. The lack of stable submoons could help scientists better understand the different forces that shaped the satellites we do see.

Kollmeier added: “and, of course, this could inform ongoing efforts to understand how planetary systems evolve elsewhere and how our own Solar System fits into the thousands of others discovered by planet-hunting missions.”

For example, the newly discovered possible exomoon orbiting the Jupiter-sized Kepler 1625b is the right mass and distance from its host to support a submoon, Kollmeier and Raymond found. Although, the inferred tilt of its orbit might make it difficult for such an object to remain stable. However, detecting a submoon around an exomoon would be very difficult.

Given the excitement surrounding searches for potentially habitable exoplanets, Kollmeier and Raymond calculated that the best case scenario for life on large submoons is around massive stars. Although extremely common, small red dwarf stars are so faint and their habitable zones so close that tidal forces are very strong and submoons (and often even moons themselves) are unstable.

Finally, the authors point out that an artificial submoon may be stable and thereby serve as a time capsule or outpost. On a stable orbit around the Moon — such as the one for NASA’s proposed Lunar Gateway — a submoon would keep humanity’s treasures safe for posterity long after Earth became unsuitable for life. Kollmeier and Raymond agree that there is much more work to be done (and fun to be had) to understand submoons (or the lack thereof) as a rocky record of the history of planet-moon systems.

Sean Raymond maintains a science blog (planetplanet.net) where more details and illustrations (including a poem he wrote about the article) can be found.

This research was supported by a grant from the Agence Nationale pour la Recherche, the NASA Astrobiology Institute’s Virtual Planetary Laboratory Lead Team, and the National Science Foundation.